To travel and see as much of America is my dream. Everything is unique and beautiful everywhere and I want to experience it all. If I had enough money to travel and live comfortably without working I might consider living out my life that way. The common American dream is a big house, 2.5 kids, and two luxury cars. For Albert Brooks and Julie Hagerty it's to abandon everything and just be together. Unfortunately, in these modern times, the hippy existence is pretty impossible and quite frowned upon. It's devastating because it doesn't last for them. A


Great road movies can cause a kinda wanderlust in its viewers. They can show us exotic locations without ever having to leave town. And, sometimes, they can lay the groundwork for a future, unrelated road movie. Such is the setup of Albert Brooks' Lost In America; the pristine punchline is that Easy Rider presented a harsh, downbeat look at the unforgivingness of America. Not surprisingly, if you go looking for that, you'll find it everywhere. A

The tragedy of Scarecrow is that despite being drifters, Gene Hackman and Al Pacino had a dream that they were trying so hard to follow. Gene Hackman's dream of owning a car wash is his driving force and Al Pacino is his torch to lead him. Every human being with a big dream needs another person to keep them motivated. When Gene Hackman loses the light in his life he is forced to put those dreams aside and stand still. B+

A soft, low-impact Midnight Cowboy of sorts: a pair of acting powerhouses amble through a gruff character study, relying on dollars & cents and all the stage energy of their young film careers. The message is also similar: the world is a dirty, rusty machine, and only your attitude and wits will get you through.
It presses buttons for anyone who's ever hitchhiked. B

There's something terribly romantic about the couple running from the law genre. How far would you go to be with your true love? Goldie Hawn and William Atherton risk everything to be together and to see their son again. Both characters knew from the beginning that their police chased road adventure was doomed from the start. They also knew that the alternative was much worse. Being apart from your family is something far more unimaginable. A-

Hard to imagine a movie of this stature - movie stars, budget, stunts, mature themes - crafted by such a young filmmaker. Also hard to imagine The Dream Weaver himself as 'a young filmmaker' - the man who's been like a second father to folks of our generation. But, boy, does he pull it off; if anyone ever knew how to turn cash into a spectacle... That's not to discount the little intimate idiosyncrasies and quirks of domesticity that are just as present (and equally define him).
As frenetic and taut as any Indy movie. A-

With so many masculine buddy movies out there this one is shiniest. By the end of the movie Robert De Niro, whom we learn cannot love anyone, truly loves Charles Grodin. Being forced to take a very long road home allows for plenty of comedic antics and soul searching for both characters. Robert De Niro needed to find a friend and Charles Grodin needed someone to give him a break. Perfect match. A+

The Road Movie in my book (or at least equal to Wizard of Oz). Few other movies have such a large collection of tiptop male character actors, and even fewer provide them with dialogue this chewy. Also, Top 5 Danny Elfman scores (and I'm fully aware of the weight of that statement). A+

I could watch Jack Nicholson do his laundry. The Passenger is a lot like that. It's very slow paced and dry. It was good to see it one more time before selling it at our used dvd dealer. D+

Antonioni has never impressed me - whatever visual prose he strives to offer is usually bogged down by trying to service convoluted stories. However, on the long list of weird things that turn me on in movies (locations, set design, costumes) The Passenger hits a few adequate marks, wrapped in pretty paper. But for a sprawling, pretentious journey of identity and intimacy, my stomach was still growling at the end. B-

These strange things happen all the time 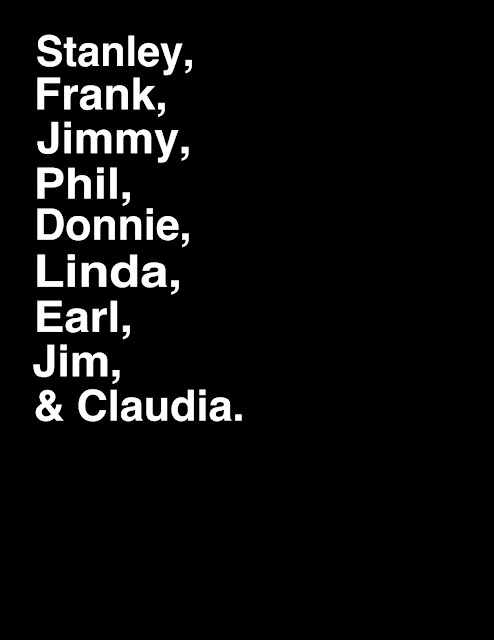 So few movies since the great 1999 epoch of film have left me in awe. Midnight Special ranks high among the most underrated of all time. I was immediately drawn to the kid hero in peril plot oozing with sci-fi/action. This journey takes these characters on a search for something deeply meaningful and yet unknown to them all. The greatest success of this film is that I felt like I was right there in the car with them. Upon revisiting it has slipped into my top 100! A+

I like science fiction when it's light on the science, and the fiction. This was once Spielberg's power: ordinary people too awestricken to even bother trying to understand what the universe has thrown at them.
There's no shame in the comparison because of how blatant and competent the homage is. Because, lights in the sky and precocious kids aside, the movie's central theme (and outstanding achievement) is in its depiction of the urgency and obsession to reach an abstract goal for reasons you yourself cannot explain. A-

At the height of his career, Chris Farley was the funniest man in Hollywood. Chris Farley playing Chris Farley was a beautiful thing and watching this movie still makes milk come out of my nose. He somehow carried a movie about a road trip to sell car parts to greatness! B+

Mirrored by the first half of the 80s, most of the great comedies of the early 90s were inspired by or littered with SNL alumnus. (That's been true since the show began, but it really only had those two spikes of gold). Tommy Boy is one of the best, partly because it forgoes the urge to be a 90 minute comedy sketch cluttered with cameos, but instead plays out as a breezy narrative with a heart (even if a lot of it is Plains, Trains, and Automobiles).
For me, it's on the same plate as The Sandlot and Mrs. Doubtfire for severely quotable family fun from a specific era. Besides, roadside scenery + pop songs = a movie for Paul. B+ 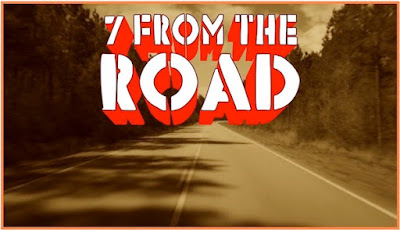 It's hard for us to commit seven whole evenings to seven whole movies - probably why we haven't done one of these in six years.
But that's silly - it's too much fun designating & dissecting a genre (or sub genre, or sub sub genre). No good reason to not do this more often. We haven't even had a chance to get weird yet. And before we do, here's a premise that's always captivated us: Road Movies.
From September 5th to September 11th we'll take a look at seven films: one a night - some new to us, some old favorites - then jump on here to talk about & grade them. And if you have 'em or can get 'em or stream 'em or whatever 'em, hopefully you can join us, lookin' for adventure & whatever comes our way.