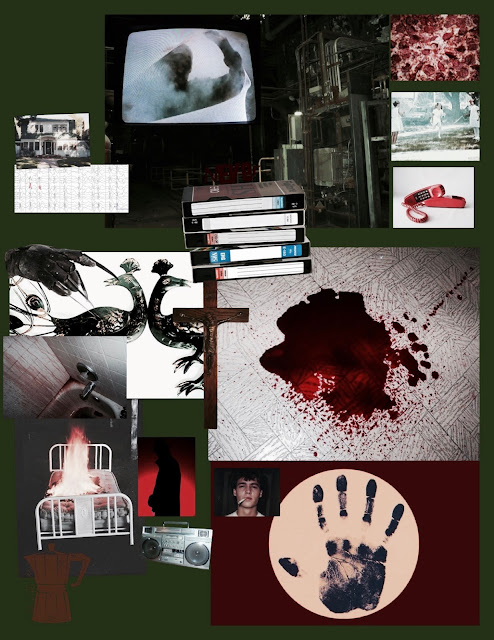 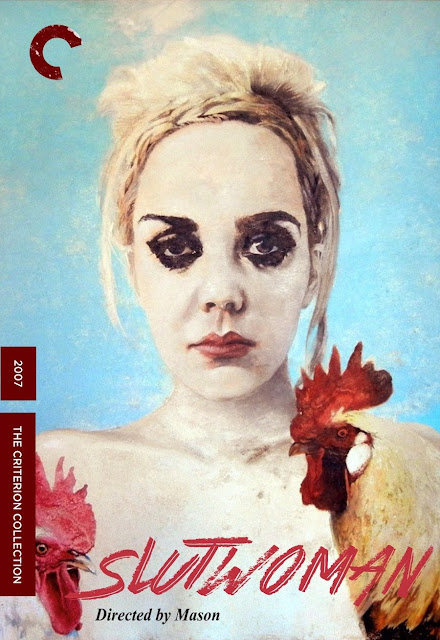 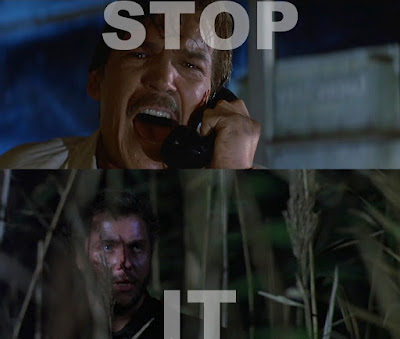 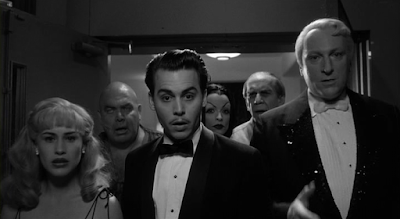 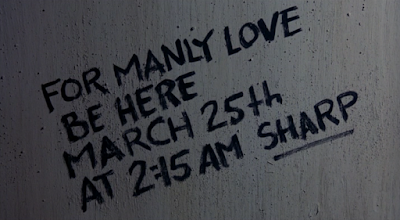 Shut these all off 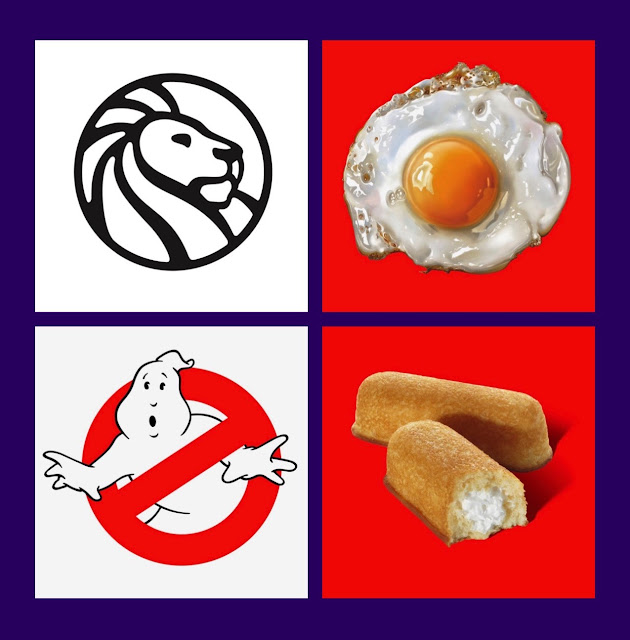 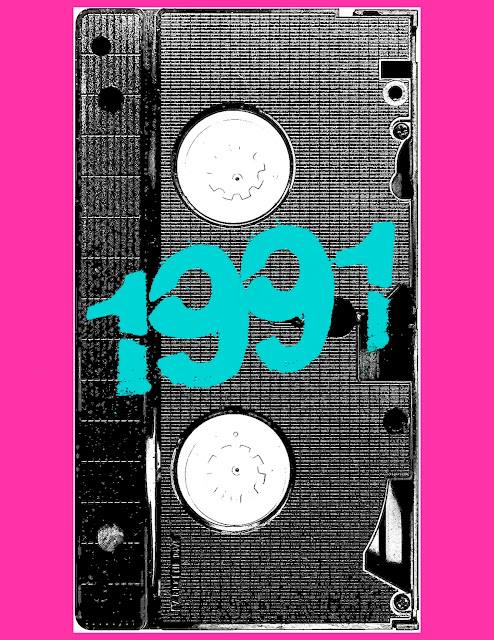 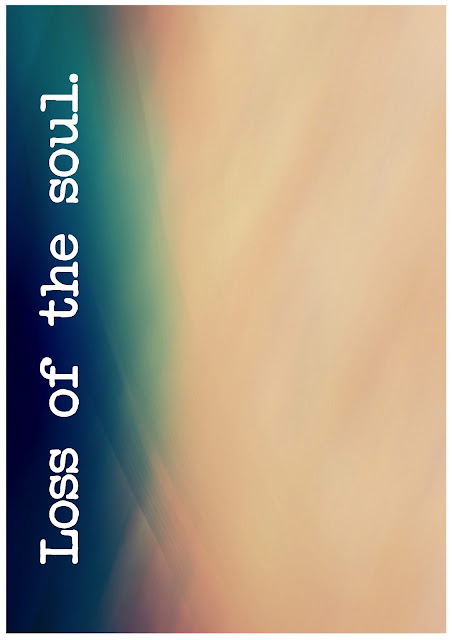 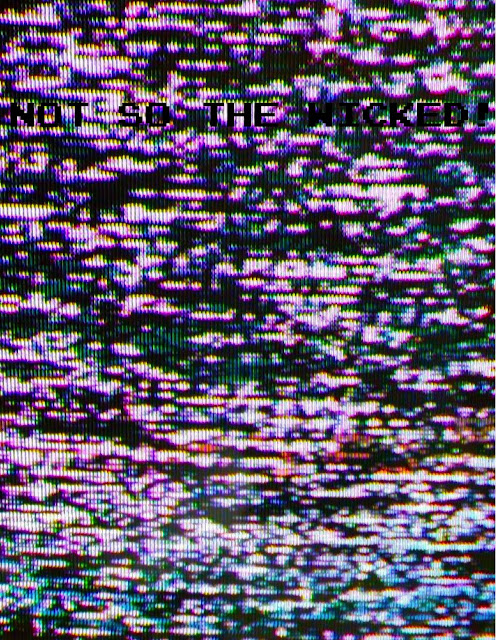 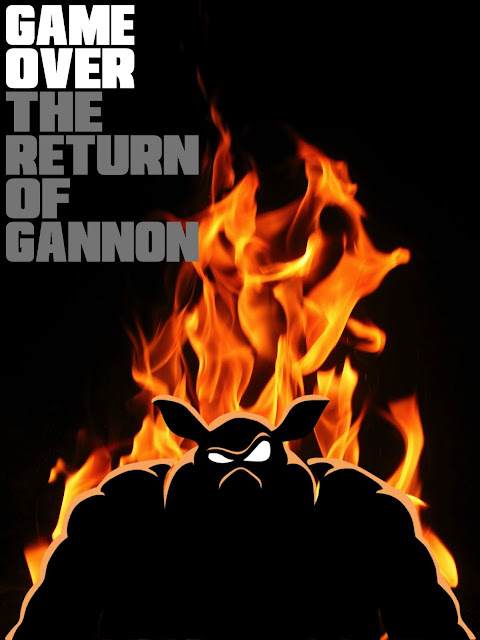 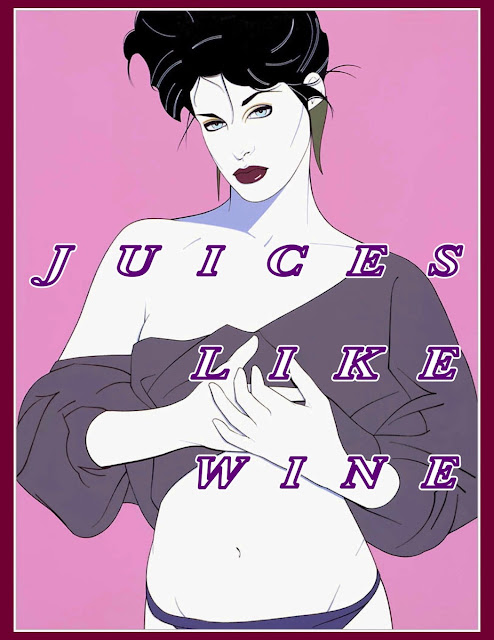 All this and more at Pantelegraph
0 comments 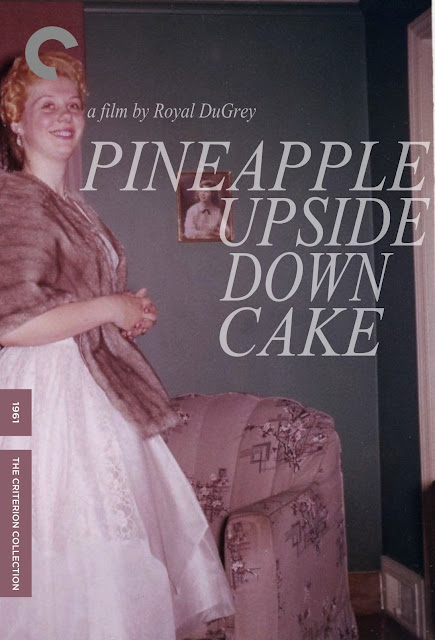 "That looks stupid." Bad Art is Bad For Better Movies

Most movie posters suck. Even the ones for good movies. Sometimes that sucky poster would make it to the video box. When DVDs were introduced, sometimes a second or third suckier representation Photoshopped its way into our Circuit Cities. Blu-ray art is constructed with elbow macaroni and glitter glue.

It's a shame - many masterpieces are tethered to these weak-ass jpegs, at least, in our minds. It's a 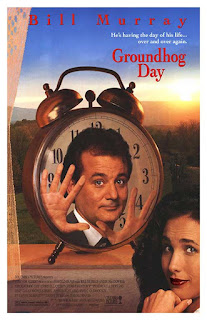 shame because they're so inseparable that a lotta these posters & covers are, by definition, iconic.
Due to conditioning by way of basic cultural awareness, or "looking," it's hard to think of Groundhog Day without picturing Bill Murray trapped in the little alarm clock from some other movie, while Andie MacDowell coyly beckons us to suspend disbelief for 100 minutes.
It's well established that all the genre & B-movie pics between the 50s and 80s had the best poster art, while the movies themselves were not always the best cinematic art. And that's just as frustrating in the other direction. But this isn't about bad movies. And it's not about good posters.

These run deep, because these are great films putting their worst foot forward. And these are just a few -- no definitive list can be made, because it just goes on and on.
To be honest, we've fallen for a lot of those exploitation movies, where the poster writes a check the movie can't cash. But rarely do we judge a movie based on its poster. Because most posters suck. And we maybe never would've seen nearly every great film simply on the basis of, "that looks stupid." 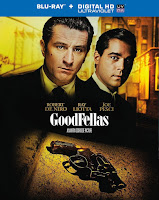 So this is where we're at: the great American crime drama, degenerated into a gaudy sacrilege.
It's worth noting that, after blu-ray, there probably won't be anything else - not physical, anyway. No more special limited collector's editions of this or that, which means this question mark is the ultimate representation of Goodfellas.
Most people think of Joe Pesci when they think of Goodfellas. The only thing the Oscars remembered was Joe Pesci. Jesus Christ, the only thing Henry Hill thought of when looking back over his life was Joe Pesci. And yet, if there is another edition, it will feature a sole publicity still of DeNiro in Meet the Parents next to some clipart of spaghetti.

Sometimes you wish Criterion would enlist a movie just to get some new cover art. This one has always seemed like a prime candidate.
It's so startlingly bad that there really are no jokes to be made - it's that serious. Nutrition facts are more exciting and more compositionally engrossing. And have a cooler font.
I saw the cover before I saw the movie, and thank goodness the cover didn't capture any of the spirit, aesthetic and zest of the film - I generally stay far away from anything that looks like this.

Between the 80s and 90s, B-movie posters went from beautiful to boring. Blame Photoshop I guess, I dunno.
Anyway, this poster/video box was fine -- starkly simple and cheap - like the movie. But, there's a problem. An anomaly. A blonde irregularity.
Since its initial release back in 1994 I've seen the movie over a hundred times, and I don't know who this woman is who gets to share the architecture with the two male leads. There are a couple of women in non-speaking roles throughout the film who vaguely match her description, but still. Still. Michelle Forbes is the prominent female lead in the movie. It's very much not her either.
I've done mild research & no one seems to know or care. Perhaps it's abstract - maybe I'm not supposed to understand it. It's a beautiful and personal little mystery I've always carried.
Pain in the ass.

For the first time, Arnold wasn't the coolest looking creature in the flick. And yet, here he is, terminating, commanding, red heating. And they employ one of my least favorite devices in all of cinema: The Monster POV. And they put it on the poster.
It's not like they had to reveal the alien, but this movie's cooler than this. This.
I didn't get to see it until 6 or 7 years after it came out, but I was aware of the creature. And I was aware of this poster. And I'd never known they were even related.

We thought the original one-sheet was questionable. This one is notorious...
I know faces are important to marketing departments and distribution companies, except I don't see any on this DVD. Not human faces anyway. These aren't even worthy of one of those Andy Serkis cartoons y'all love so much.
And like the original poster, it completely sidesteps and nearly discredits all the deep thematic, metaphysical Charlie Kaufman-type stuff that the once-bouncy comedy is now best known for.
"Anniversary Edition" my ass.

When they use a frame from the movie, it helps to tie it in aesthetically. And while every frame of every movie should pass for a Pulitzer Prize-winning photograph, they generally don't.
It's a neat shot, but in terms of text placement and the shape of the sheet, they never really were able to pull it off as a compelling poster. (Nothing like the frame used for Friedkin's follow-up).
If that seems picky, that's because it is. It's just always bothered me, and there's so much that could be done for a movie of this flavor.

Not quite a frame from the film, but it might as well be.
It's so locked into the movie now, it's hard to think of one without the other. And it's quite possibly the worst poster/video cover ever approved.
Sure, it illustrated a key element of the film - these two characters do converse throughout. But with all its big ideas and psychotic fantasies and heartbreaking romances, surely they could afford a more striking dynamic than Starman and Mork in a dimly lit hallway.
One kind word: because there is no embellishment, it does look like the movie - a trick even the coolest posters can't pull off.


No Country For Old Men

This basic design is fine for other movies (& man, there's a lotta them) but not this one.
It's frustrating when films I like get shitty posters, but shouldn't Best Picture Winners get a little extra attention - especially after the fact?
For a movie that can stand up to Silence of the Lambs and Vertigo, it deserves a poster that does the same. Otherwise, it gets mixed in with all the other mediocrity and becomes just a coin.

Oh you knew it was coming.
We've talked about this before, but we never pointed out the obvious joke: before the equally bad video & DVD covers, and soundtrack cover, and even worse Blu-ray cover, there was this boner, which actually features a crowd of people befuddled by a goofy poster within their own goofy poster.
Life imitates art, art imitates other, shittier art? It can be asked of all these, but it's when I look at this one that I always think, "Didn't anyone care?"

C'mon Criterion, where you at?
Miramax may've been doing all the edgy, punk stuff in the 1990s, but their video covers were collectively conservative. Major case in point: one of the chanciest movies of the decade wrapped in what could be the planned child of On Golden Pond and Air Bud.
Jess adores this film, and admittedly, to this day, this cover affects my warmth towards it.
Now that's some powerful poison.

Another "iconic" poster that quite literally alters how I see the movie itself.
Somehow, Michael Mann has never really had a decent poster for any of his films. This classic head-floater is no exception.
The recent "Definitive Edition" blu-ray finally, finally has forgone the infamous blue Mt. Rushmore for some moody, L.A. ambience (which, really, should be the cover of all his movies. Mohicans included).

The tremendous tragedy of this is that the original poster was beautiful, and they actually used that same poster for the VHS box.
However, the DVD "art" is something else entirely. In fact, every digital incarnation of the movie just gets shittier and shittier. Scream Factory is coming out with yet another blu-ray, & it still sucks.
While they try to match whatever exorcism or James Wan movie is popular at the time of release, they seem determined to continuously change the tone of this movie (at least on the surface) until it's been completely destroyed. What other conclusion could one reach?!
Man this one sucks.
0 comments