So what's the deal with gum? It's not a food, etc. When you think about it, it's really just a drug - a delivery system for sugar... But a lot of them are 'sugarless.' Is it the chewing? The 'mouth feel?' The packaging? Personally, I've never really done any drugs -- and the reason could've very well been because they didn't come with colorful wrappers or jovial mascots. But, when I was young, gum (and candy) had these things, and these are a few of my favorite things. 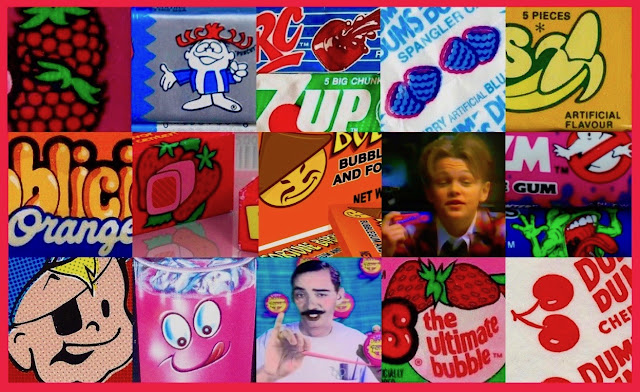 I hate when I hafta say "it's not like it used to be," but it's not like it used to be. One of the more popular brands right now is 5 Gum, which is... I don't really know what to say about that. It looks like candy directed by Paul W.S. Anderson. But, once again, for the bulk of the 20th century, bubblegum was "bubblegum" - a concept we've discussed very recently. And take note as to where that term comes from: loud, colorful, flavorful, fleeting excitement is what spurted this expression, and while we may be left with that very specific form of music & film, the source material has been sorely neglected.
But okay, let's back off a second. This has already gotten way too pretentious for what this is supposed to be -- I'm trying to accentuate the simple fact that gum and candy used to be packaged in museum-worthy designs of shapes and colors that could slice through your eyes and brains. I have a "sweet tooth," yeah, but my eyes are my favorite body part, and they were soaking up a world of fruit-flavored saturation in every sense. If I could describe the kid-oriented atmosphere of my formative years, it would be inundated with artwork that had more texture and aroma than the sucrose they were selling. And that made more of an impact on me than the straightforward side effect of their gooey insides.
Art history is full of luscious depictions of of well-lit fruit, and it reached a sorta pinnacle in the last moments of the 20th century. And I was there. And it impacted and shaped me in ways that I can no longer clearly define in words, but I can feel it. Fortunately, I have this collection of handicrafts from when I was about 10 or 11 that was a direct result of my captivation: a made-up candy company that allowed me to riff on the visual and literal poetry of the Willy Wonka wonderland in which I grew up. It was an ongoing project: each page was produced months after the previous one as I scrutinized the period in which I was living as much as I look back on it now. I knew what I had, and I knew it wouldn't last - so I documented it in the best way I knew how.
From... let's say ca. 1994, here's my entire product line for The Sweet Tooth Candy Co. (patent pending)
- Paul 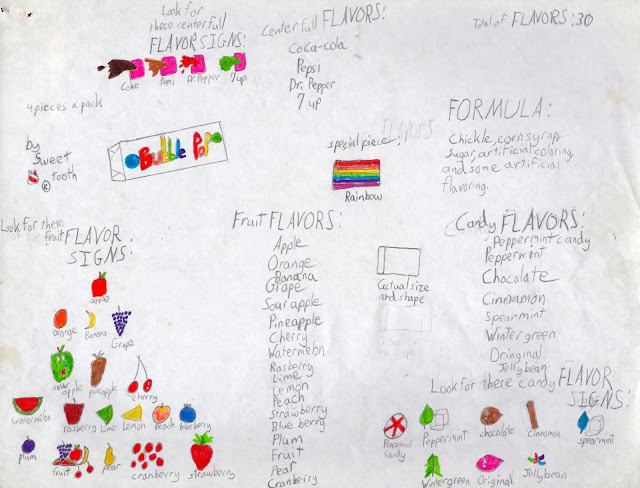 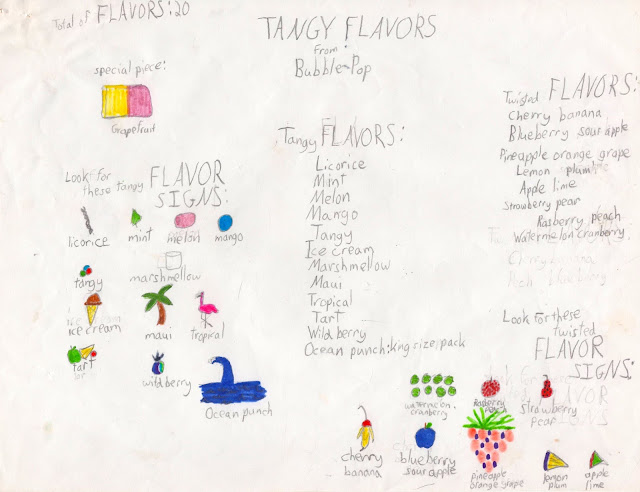 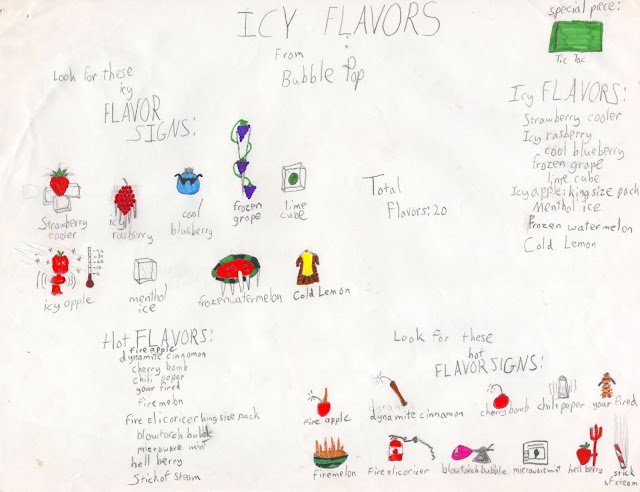 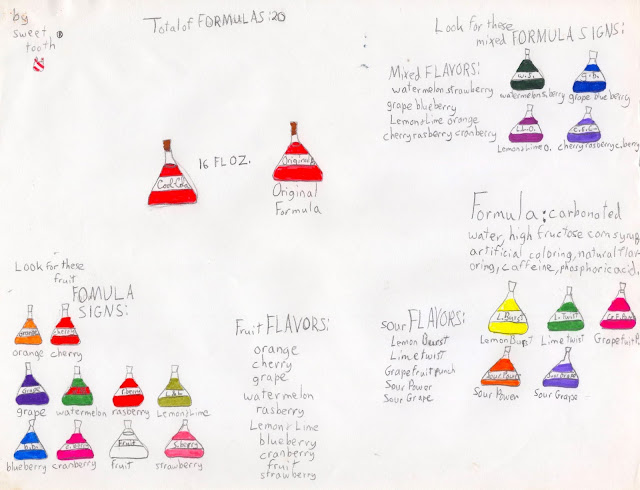 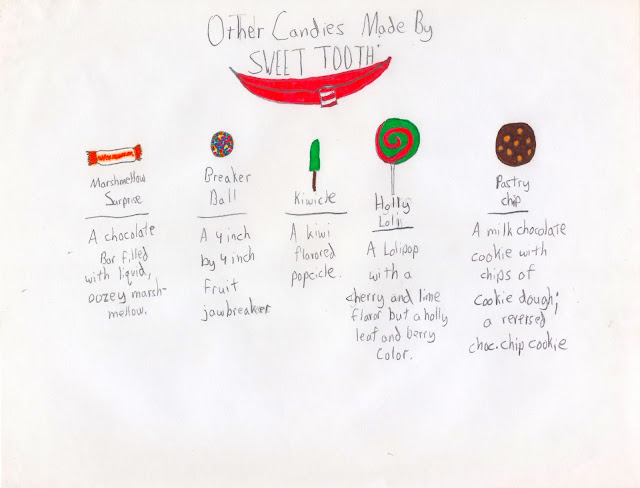 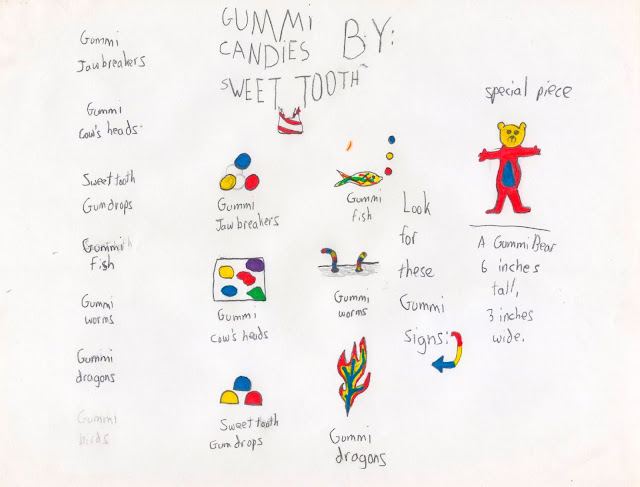