Well, it's March - the 'Part 3' of January: the one that no one wanted and leaves a buncha "unanswered questions." No matter - I always have plenty to be busy about during any given quarter, and during this nearly-nondescript month I've found a decent gateway drug to the better weather days: poring over old trading cards.

Cards have come up many times on here in the past, but I don't know that we've ever done proper introductions - which is just silliness because the subject is right at home on this site; that, plus they're fabulous starting points for a variety of topics. And the variety is vast, folks. I've maybe only kept 50% of the cards I've amassed in my lifetime, but there are still thousands and thousands for us to look at - and it'll be up to me to discriminate when it comes to what's worth our time. And so, for this first installment, we'll start hard & fast with a more challenging theme - rather than just the usual cardboard nostalgia that already infests the internet: 6 very random (but interesting nonetheless) singles that are worth a semi-in-depth look. 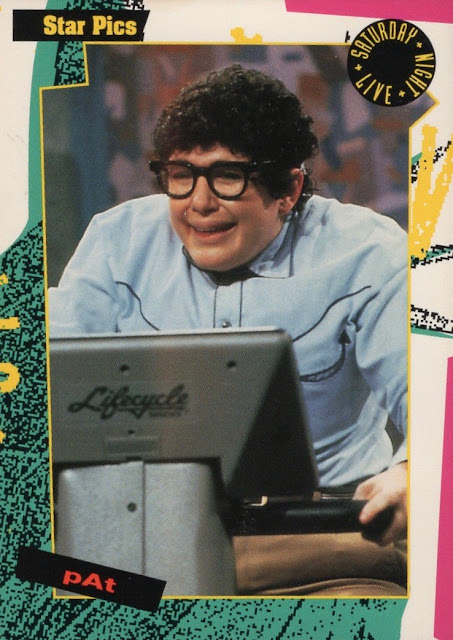 Maybe it's because it's when I started watching new episodes regularly, but I always assumed that SNL fell into a stream of popularity in the early 90s (though I'm aware that the 80s were largely regarded as a low point in the show). Of course, my assumptions are validated by the fact that it got its own series of cards at this particular time, depicting everyone from the Coneheads to Wayne & Garth. I selected Pat for this lineup because it occurred to me that, while the sketches were completely harmless, people would easily manage to find something wrong with them were they written for current seasons. And so, it's a time capsule in that sense, but so much more than that is the Zubaz-inspired pattern that adorns the border; if Doritos had a Saved By the Bell flavor, this is what the bag would look like. In fact, in most cases, the border (or sometimes lack thereof) is the key to the whole game. 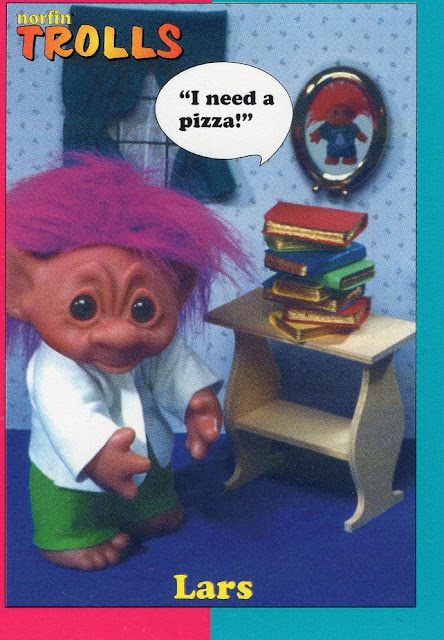 If they'd made a Trolls movie that even remotely resembled this aesthetic, the world probably wouldn't be in the shape that it's in. Even as a kid, it felt redundant to me to take a collectible and repurpose it as another collectible. I didn't have any Trolls, but I was aware of them. I liked them. My problem with them was that there wasn't nearly enough differentiation from Troll to Troll. This concept, however - depicting them in various quaint, colorful environments - is infinitely more appealing and interesting to me, as it allows some breathing room for more personality to surface. That plus I wanna hang out in these cute little places. 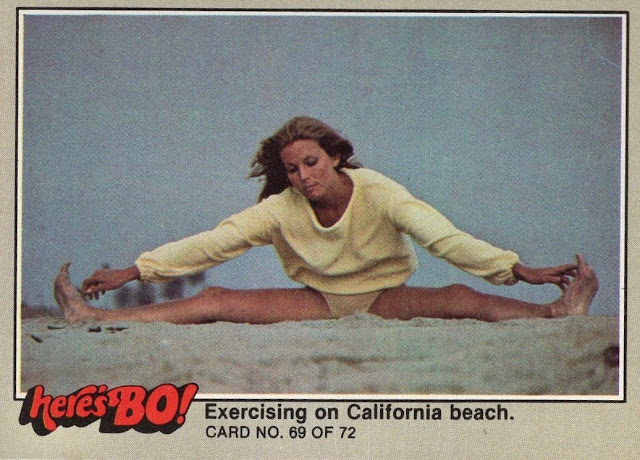 Never really had a thing for Bo Derek, which is a shame because just the idea and execution of this set is so damn sexy. The concept of trading cards - especially non-sports - is already rooted in very specific interests and niches, but Bo's playing on her own terms. There aren't too many differences from card to card; each one depicts Bo in provocative poses or glamour headshots. Additionally, while most card packs came with a sticker, "Here's Bo!" came with little mini-posters.
Why couldn't they've done something like this for Lynda Carter?? 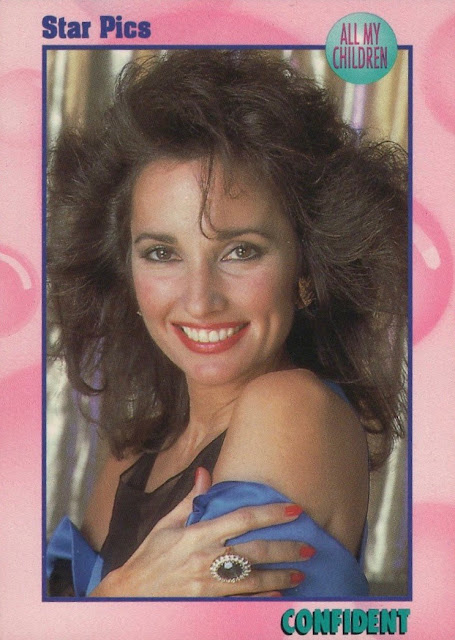 I know very little about what's going on here, and I'm not about to go on some heavy research jag. What I do know is that this belonged to my mom, who had a pack's-worth of what I think were just publicity stills of ABC Soap stars. I'm sure I hung onto this particular single of Susan Lucci's abrasively sensual face because she was, indeed, not only the star of All My Children, but the face of all daytime television. 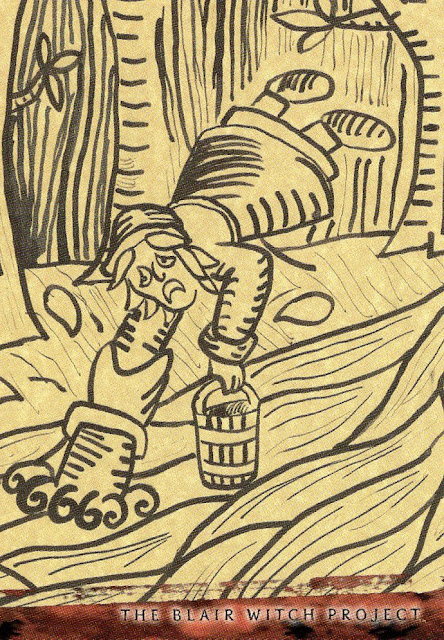 Easily one of the most divisive movies ever released into the wild, and part of that may derive from how it saturated the culture far beyond soaking wet. And because it was still the 90s, naturally it'd get its own set of cards. Funny thing is that the bulk of the series is just stills from the movie, which, as much as I love it, don't exactly make Pulitzer Prize-winning photographs.
But it did include stuff like this: a facsimile woodcut-type piece of art depicting Eileen Treacle -- a ten-year-old who was pulled into the "shallow waters of Tappy East Creek" by a "pale woman's hand." Unlike any & all other Blair Witch spinoffs or sequels, a little thing like this adds a bit more power and terror to the legend with the grace & subtlety of the original movie. 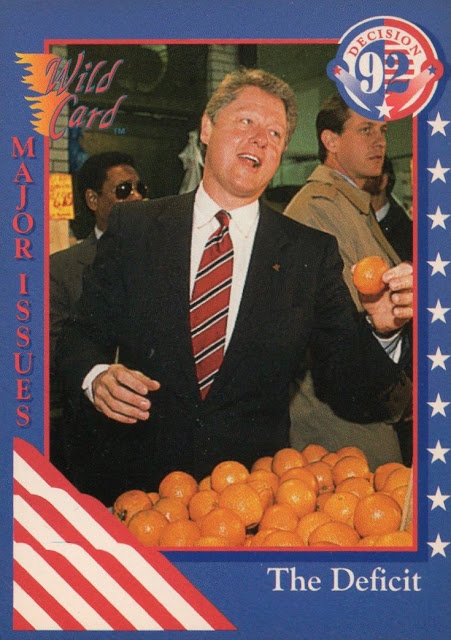 What better defines a decade of American culture than politics? (Aside from film, literature, music, fashion, and sports.) Although, in this case, Presidential candidacy was as fun & dumb as any of the other aforementioned enterprises with which we distract ourselves -- and, to drive it home even more, this was the 90s, man. Turning shit into collectible cards not only contributed to the capitalization of every goddamn thing, but this was a time when it somehow seemed important to commemorate every avenue of life. And so, here we are.