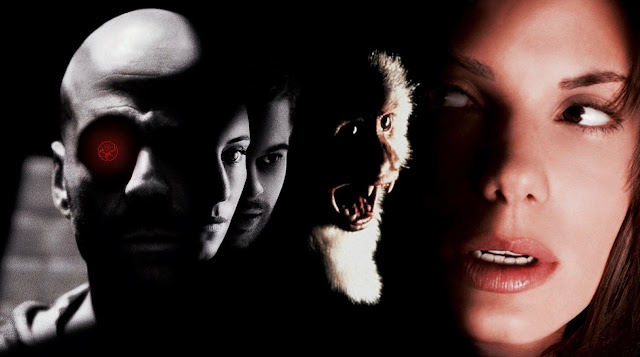 Where were we 25 years ago? And by that, I ask in terms of Pop Culture, because regardless of anything going on between Oklahoma City to Somalia, we only map out the fun stuff. And yet, in all honesty, the answer to that question is: it wasn't that fun.

The payoff of doing these 'anniversary commentaries' is that they end with a list of my own favorite movies from that particular year. But, as my memory continues to serve me well, I was particularly underwhelmed by the Cinema of 1995, and the idea of doing a list left me sad in my pants. And just so you're not thinking about it the whole time, I'll be up front and tell you that you're not gettin' any at the end of this date.

Then what is there to discuss? Television? Nah. Music? Very much no. I mean, The Beatles did get back together for a minute, and that was certainly a personal milestone, but we've been over that a bit, and it's not where I'm going with this. 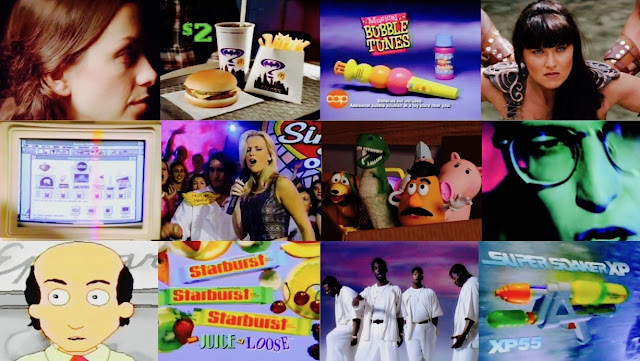 I was 12. My dog died, my father lost his job, and puberty was not kind to me (and neither were my schoolmates). The bulk of that year was brutal, and there was little to distract me when it came to new movies. But that's not where I'm going with this.

Where I am going is that, a quarter of a century ago, Hollywood, for some reason, became publicly preoccupied with Apocalyptic Horror, Technological SciFi, and just a generally bleak outlook - but with butter and gummi bears. The irony (or is it coincidence?) of this trend is that I was still wicked deep into Fangoria around this time, and mid 90s pre-Scream Horror is a genre unto itself; gems like Tales From the Hood, Lord of Illusions, The Mangler, Demon Knight, and Castle Freak filled my head with gory goodness. But this fun & colorful escapism wasn't always the central theme of genre pics that year -- In the Mouth of Madness may've been a blast of monsters & melodrama, but it's also the supposed final installment of Carpenter's "Apocalypse Trilogy" (the first two being The Thing and Prince of Darkness). I don't know how much that qualifies, seeing how most John Carpenter movies end on a pessimistic note - up to & including that very same year's Village of the Damned remake - which certainly falls into the Paranoia category. But to be fair, they're still paranormal fables doused in whimsy and wonder -- unlike, say, the self-seriousness of Outbreak, or the far superior but-still-slit-your-wrists scenario of 12 Monkeys. Obviously these were the movies that put me on this path, given the "situation" in which we currently find ourselves.

But it was also the year that gave us Waterworld - which is the situation we were expecting only moments ago. Though 25 years later, and it disappointingly hasn't happened yet. (of course, Dennis Hopper ain't around anymore, so it clearly wouldn't be as fun.) And it's definitely risky to predict the immediate future, which always sets us up for an eventual letdown; Kathryn Bigelow's Strange Days was playing with Y2K fears even before it was a thing. And the only disappointing things about Judge Dredd, Johnny Mnemonic, and Hackers were that they were ever made (or made poorly, I should say). I am partial to Tank Girl somewhat - I mean, there was no way it could've been any dumber than the comic. And let's face it, the casting in that movie was all-around spot-on.

Virtuosity wasn't bad - this was back when Russell Crowe was still loud and imposing, rather than falling back on thoughtful stoicism. And I don't remember too much about The Net - a pretty standard, forgettable Thriller I'm sure - but people like to point and laugh at that movie for being the most dated and, in hindsight, the least plausible. Though, at the end of the day when we've compiled a list of the worst aspects of our culture, the internet as a concept has devolved into one of the ugliest gadgets we've got going. And this business with the smartphones has become the new cigarettes - without making you look cool.

All this terror and doom - no one cared. If we were finally globally afraid of AIDS, nothing here really addressed it directly. And if Terminator 2 didn't stop us from further advancing technology, none of these live-action cartoons were gonna put the fear of the microchip into us. Actually, to the best of my recollection, if you'd asked any adult what the scariest movie was that year, they would say Kids. (I found Man of the House to be a much more damning portrayal of youth, but there ya go.)

But let's cut through the bullshit, yeah? I think you probably know as well as I what the most prophetic movie from 25 years ago would be... No, it's not Nixon -- that's so five minutes ago. I'm talking about Todd Haynes's Safe. I know I'm not the first to point out its lasting relevance in "modern culture" as an idea, but hopefully I'm at least one of the first to point it out right now - this very minute. So maybe we can get cerebral with this - maybe even surreal. Could it be that society as a whole has been free-falling into the void for some time? Is this sort of imminent implosion a cause or a symptom? 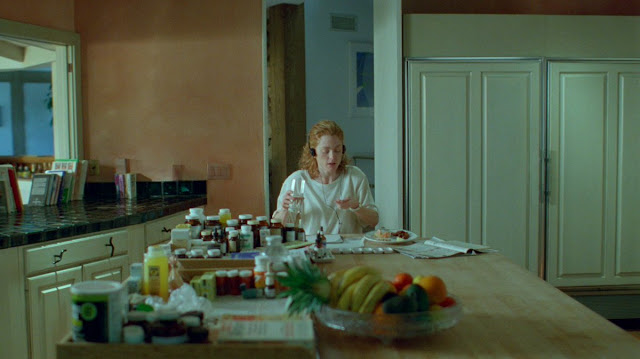 The death & disease are not fiction - they exist, the same way various types of pollution exist. The same way rising sea levels exist. The same way an Orwellian worship of the computer screen exists. The same way Jonathan Taylor Thomas exists. Is it cumulative - have all of our problems runneth over? I have many observational questions, but they're not rhetorical. Like King Lear, The Brood, or Magnolia: the fragile state of our collective subconscious may've very well cast a dark, cancerous cloud over our comfort zone, plaguing us, damning us for our sins; abstractions materializing as substantial evidence. Mass hysteria! Like Freddy or Pennywise: using our fear to make us afraid. If that seems too melodramatic, then you haven't been paying attention. I thought, just maybe, this could be the one thing that united us during this sociopolitical winter. But, of course, that wasn't the case, because everyone still had to "take sides," and so science becomes warped and molested by social media. Maybe the fault lines of the planet are congested with rivers of pink slime. And I think this slime is Wi-Fi. 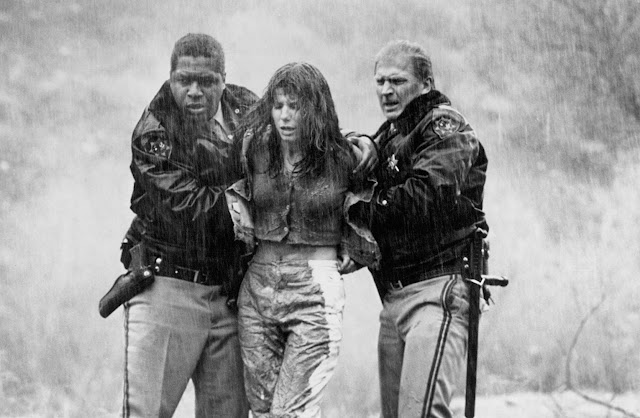 Come to think of it, I nominate The Net as the prognostic bum-out of 1995. Fuck it, stop reading this, it's over anyway. Go outside without your phone and make a non-Virtual Reality friend. Or, stay home and read a tangible Sutter Cane paperback. Because the alternative is to wait around to drink your own pee.