A few words about Sid Haig 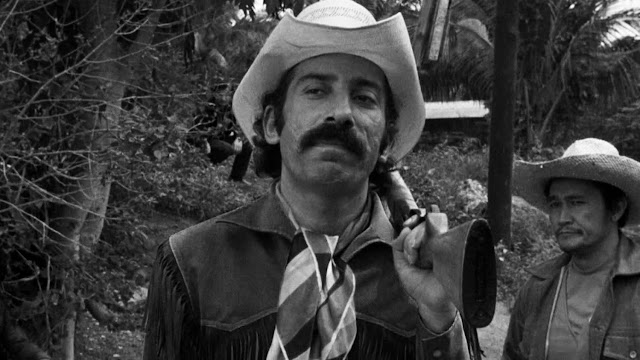 This isn't an obituary; we don't really do the 'in memoriam' thing here whenever a celebrity dies. It's hopefully not a 'bio' either. But the death of Sid Haig on September 21 actually sparked a ton of specific memories, and reminded me of a time in my life when discovering new stuff was still such a ripe possibility, and in so many instances, Sid led the expedition.

The first time I saw Sid Haig (surprisingly, or not, considering the following) was in December of '97 in Jackie Brown, and his cameo-sized scene stayed with me more than anything else in the movie. For real! And in the immediate subsequent viewings, it was the part I'd look forward to. What struck me most about this very short sequence was this guy, this actor playing the judge almost towered above the movie, who, apart from looking admittedly peculiar (or maybe in addition to), I thought, "no way is that guy a movie actor, he's clearly a real-life judge they hired for believability purposes." And that's it: in a few lines of dialogue, I believed him in the role he was playing more than any other actor in the movie. And that may've been due, in part, to how casual and understated the performance is... and how I'd soon learn that this was not a typical hallmark of his craft. 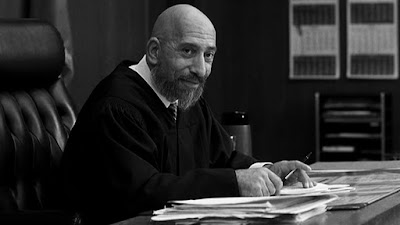 I walked into Jackie Brown as a Quentin Tarantino fan; I was 14 and largely uneducated in (but not unaware of) the Blaxploitation genre. Of course, I'm sure one of the main functions of the film was to 'introduce a whole new generation to a vast, forgotten library of exciting movies, etc.'
And it worked! It worked, Quentin, and I went & sought out every Pam Grier movie I could get my hands on (which was a struggle in the cultural wasteland of Blockbusters). Fortunately, the infamously sorry excuse for a video rental store had two - the easy two: Foxy Brown and Coffy (purchased, I'm sure, from the mom & pop place from which they took over).
This, for the time being, was enough. It was enough to keep me happy & hungry for more, and it was enough to recognize that a contemporary pairing of the two actors was a deeper cut of an homage than I'd previously been aware of; this guy was a career actor, and had clearly worked with Pam before - though I'd yet to become aware of how much of a Tracy/Hepburn powerhouse they'd been. Not until the excess of the DVD boom of the early 2000s did I get a glimpse of Black Mama, White Mama, The Big Bird Cage, The Big Doll House, and Savage Sisters - amounting to my own assertion that Sid Haig was a star in his own right: a legitimately gifted character actor who could talk a good game and swing back & forth between hero & heavy with what appeared to be no effort. 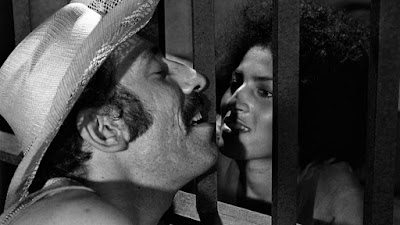 Now with some major hindsight, it was a delight that he'd now worked with the 'very prestigious Quentin Tarantino,' but it was around this time of major discoveries that I caught Rob Zombie's House of 1000 Corpses. With little knowledge of this film or its stars, and regardless of what I thought of the movie, I immediately recognized Rob's recognition and appreciation of highly talented, underemployed actors of a bygone era - namely one Sidney Eddie Mosesian. One need only watch the pre-credit prologue to just witness in awe an auspicious collaboration of director and actor, and how Rob clearly had a unique understanding of Sid's talents, his syntax, and his sense of humor, and within just those few opening minutes, the two artists create some of the most memorable, iconic jibber-jabber of 21st century Horror Cinema. 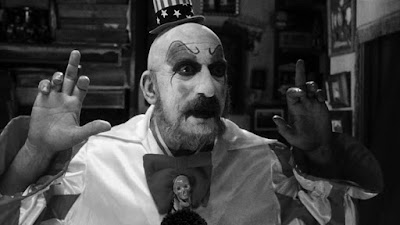 Over time I'd catch him in Spider Baby and Galaxy of Terror and various other cult & B-movie bread & butter, but really, the place I'd see him most was in person.

Horror movie and Science Fiction Fan Conventions have been around longer than I have, but I hafta say - and I don't know if others have noticed or felt this - that House of 1000 Corpses and The Devil's Rejects not only popularized the convention circuit beyond its initial tight-knit community of outcasts & shut-ins, but also changed the tone and the mechanics of: how they work/what they're about/why one would attend. And what it boils down to is that for the past 20 years - now with 3 From Hell - Rob has populated his movies with who've now become celebrity regulars at these events; I've always noted that I've seen Sid Haig in the flesh more than some of my own family members. And because of this, this has been a unique "celebrity death," because thousands of folks have met the man, shook his hand, and have photographic evidence of it.
At some point in '05 or '06 I had him sign my Black Mama, White Mama poster, on which he inscribed: "To Paul - Them's my dogs, fucker!" 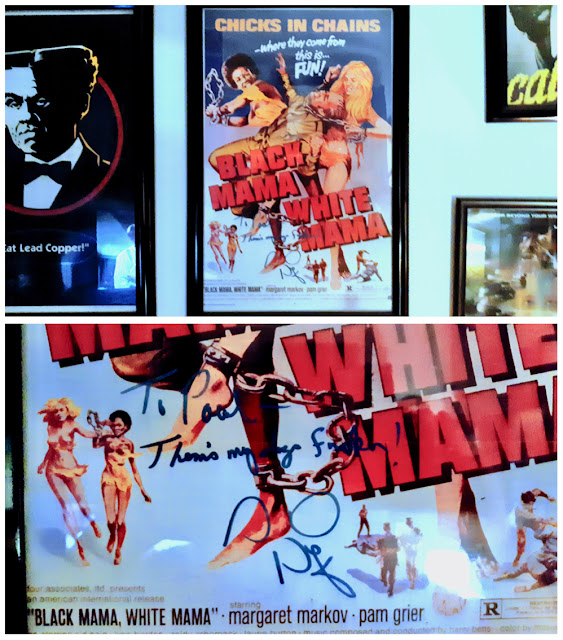 Truly a gentleman and a scholar who brought joy to millions with a career playing the scum of the Earth on screen, and in his off-hours humbling himself to those who loved him for it.