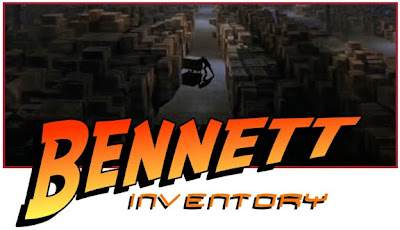 The Texas Chain Saw Massacre - Pursuit of a final girl

Myers or Voorhees - the debate still goes on as to who, for better or worse, changed the genre. Most anyone will say Halloween - subjectively it's the better movie, & objectively you can't argue with chronology. However, one can draw a straighter line from the quality of horror films in the 1980s to Friday the 13th. What F13 took from Halloween were its most superficial, & thusly its weakest qualities, resulting in a very poor & confusingly overrated movie (& eventual franchise). & those very qualities carried on throughout what ultimately became the slasher sub-genre.

Today, the slasher films still manage to hold a lotta weight with fans - providing nostalgic reminiscence with the older crowd, camp awareness in the acting & music for the younger crowd, & general appreciation for the expert makeup FX. Neverminding the fact that none of these 'horror' films were scary, & that they were all absurdly similar to one another - the very real flaw lies in how boring they were & are. Camp value spreads very thin over 87 minutes, & the gore tends to be typically sparse. & so these filmmakers try to fill out the time with shadowy tip-toe suspense; the one problem was that none of these filmmakers were Hitchcocks. & I'm sure it's just personal taste, but I don't find 'stalking' to be all that bone-chilling; not every guy in a mask is Bruce the Shark or the Blair Witch.
The Texas Chain Saw Massacre is by no means an underrated movie. Even now that it's been lumped in with the stale ball of hair that is the formula it roughly helped shape, it still manages to hulk head & shoulders above the rest. & with the exception of anything Carpenter did, it's the most expertly crafted & visually stunning film of the sub-genre. That aside, it has one thing going for it that none of the others do -- suspense. True terror. & without getting into film stock or color correction or lighting or any of the numerous elements that made the film stylishly realistic (or realistically stylish), it is that characteristic - not solely, but predominantly - that makes it scary; realism. & at the top of the list of all these 'real' things is its monster. Its 'slasher' -- one who is not a wimp in a track suit with a Ginsu who'd been wronged as a child. He's not exacting psychological torment on a tediously long list of victims; he's not stalking. This is a redneck apeman with a power tool that has to catch you, kill you, & eat you - & he has a family of conspirators. There's no jaded backstory, no twist, no supernatural deus ex machina. & all of this culminates into one scene that is glaringly different from all that followed: Leatherface chasing Marilyn Burns through the woods. She isn't turning the key on some flimsy transmission or scratching at some locked door - he's right on her ass with a buzzing chainsaw, & she really doesn't seem to have any last-second chance -- no engine to finally start or door to finally open. She has no closet or garage to hide in, no bed to crawl under. He's right there, & he runs! The only real hope we have - in that moment - is that the flatter angles are shot with a longer lens, & we really can't be sure as to how far behind her he is. & then we go to the wider shot, & my stomach sinks when their distance becomes obvious, & he's clearly bigger & faster than her, & there's no chance of escape. Obviously, release finally does come - in the form of more peril. But no other suspense or horror film had better conveyed that 'edge-of-seat,' 'nick-of-time' urgency. You know, the kind you get from chasing - not stalking.

If TCM has to be lumped in with the rest of the 70s and 80s slasher films, I think I'd have to say that it is probably the best out of all of them. It has the most visceral, primitive sense to it. The way it never stops and babys the audience with cheesy humor or relationship problems, (those aspects being about 50-60% of the other films). Not many people would say that TCM is sophisticated, but in terms of how it treats the genre and how it affects the viewer on a much deeper level than say, Halloween, it's a very smart and well-crafted film, in a lot of ways it reminds me of the Blair Witch Project in that sense.