A Vacation From My Problems / The Quest For Cola Continues 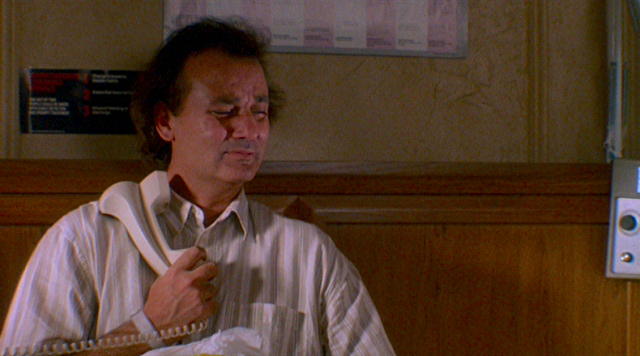 We recently spent a weekend in Old Orchard Beach, Maine.
Sure, that's not the typical type of news we post here, but there are a few pertinent points from this personal pleasure trip that actually fit in with the usual nonsense you find here.

Old Orchard has been a vacation destination of mine since the 80s, and like any other inhabited place on Earth, there's been development, there's been decay, and there's a handful of comforting constants that I look forward to - a major one being Palace Playland. It's one of the few (if only) arcades within my reach that still maintains what I think this kinda place should be: a row of skee-ball lanes, games that eat quarters, change machines with no change, colored strobes, concrete floors, and an ambient decibel level similar to Omaha Beach in '44.
Of course, within this nostalgic mainstay, the rules still apply: most of my go-to games are gone & have been replaced by mechanisms I don't know how to use.

However, there was one decadent addition the likes of which I have never seen: a 12-foot-tall LED Space Invaders monolith with two pilots' chairs equipped with double-fisted laser cannons, all of which continuously vibrate during gameplay. It was as intimidating as it was enticing - it costs each player a whole dollar for one short-lived credit, but in that brief adventure of intergalactic battle, Jess & I felt like Milhouse in the Maxell parody of entering his name into Bonestorm. This is an advance in gaming technology I can get behind; you can keep your receipts on all these new games and just spoon-feed some prednisone & methamphetamine to the classics, and Boom! you've just Super Shredder'd what was already cool into the kinda games we need. No need to change the platform or smooth-over the graphics; the challenge is still there, they just need to present them bigger & more erect, and people will come. 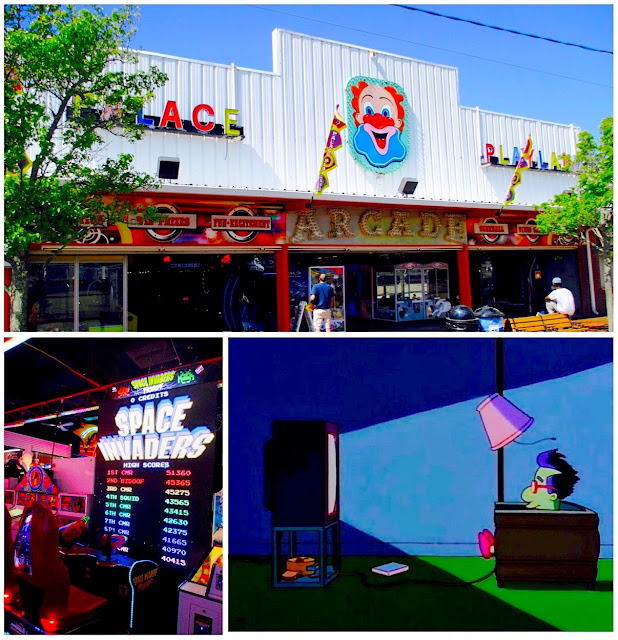 Alas, Space Invaders was not the greatest discovery I discovered.

Whenever I visit any town an adequate distance from my own, my only thought is, "What kinda soda they got here?" I learned a long time ago that many brands and flavors are regional, and in my extensive travels I've confirmed that. And I'd all but given up on this trip until moments before we left - we stopped into "Moby Dick Variety" to grab some presumably run-of-the-mill beverages for the ride home. And lo & behold, there they were, back in my life again: three flavors of Clearly Canadian mixed into the 'flavored water' cooler, where they sure-as-shit don't belong.
Now, I grabbed one of each while Jess picked up a small Poland Spring and a Calypso Strawberry Lemonade, and our total at the counter was $18 and change. And as the burly cashier tore up our receipt before we had a chance to inspect it, he overenthusiastically wished us a "fantastic day."
$18? I knew they were expensive back when I was suckin' 'em down in the early 90s, but this math was beyond me. 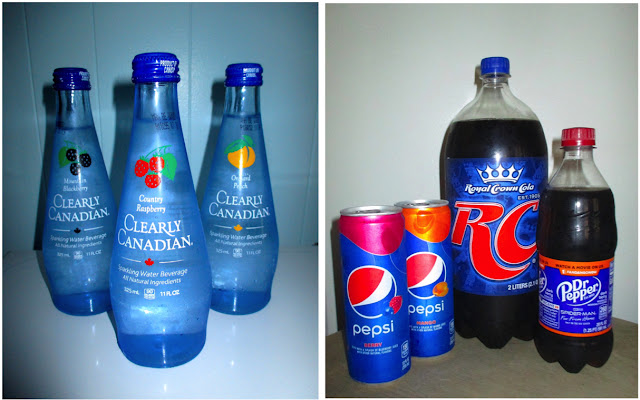 But I'm focusing on negatives here, and this is the real heart of the story now.
Upon arriving home, we did grocery shopping, because that's what you do after vacation. (Don't worry, this pedestrian domestic blandness is leading somewhere.) Here, on my very home turf, I racked up a few more tonic trophies that you need to know about: Berry Pepsi 8-pack, Mango Pepsi 8-pck, Dr. Pepper Dark Berry 20 oz., and RC Cola 2 liter.

So after some newly acquired dental discomfort and what can only be described as 'pregnancy bloat,' here's the rundown:

Clearly Canadian: I bought the three they had (because of their scarcity, and there are no bad flavors): Mountain Blackberry, Country Raspberry, and Orchard Peach.
Whenever I'm in a position to explain what they're like (which is often, as I've yet to meet anyone my age or younger who's tried it) I'd say it was like Sprite in a wide variety of flavors. I still stand by that parallel, though they're definitely not as sweet as I remember them being: either they changed the formula or my taste buds are shot. Or maybe both are happening at the same time...
Doesn't matter: the flavors & fizzy consistency still rock by equal measure, and God be praised they've stuck with the mad scientist glass bottles. Just as exciting (or maybe more so) is the endurance of the little fruit illustrations that provide a dazzling accent of color in the center of the bottle. Fruit art is one of the best thing about being alive on this planet, and it's good having Clearly Canadian around to remind us of that.

Fruity Pepsi: I skipped over the 'Lime' option this round because I don't much like lime-flavored stuff.
Here's the good news: the two I have tried are certainly groove approved. The Mango Pepsi tells no lies, while the Berry Pepsi - as good as it is - is a little puzzling. First of all, 'berry-flavored-anything' is a lazy stereotype that's plagued everything from cough syrup to lip gloss; a strawberry isn't exactly a cranberry, is it? And don't get me started on the snozzberries!
Berry Pepsi promises "a splash of blueberry," though there are little raspberries scattered all over the cans & packaging, so I don't know what the hell's going on here. I suppose if you think real hard about blueberries with each sip, you can fabricate their marketing into fruition. Either that or blueberries will appear and destroy us, so empty your heads!
The not-bad-but-not-quite-as-good news is that, like the Peach and Raspberry Coke, there's none of that familiar cola flavor to be enjoyed; the fruit flavor is just too damn sexy.

Dr. Pepper Dark Berry: Conversely, the Doctor has put out a few not-that-weird flavors over the past decade (Cherry, Cherry Vanilla), and the results have been that any & all iterations have tasted like unmodified Dr. Pepper. No "hint" of this or "splash" of that - just plain old Pepper. I always attributed this letdown to my own assessment that Dr. Pepper already tastes like a cherry vanilla beverage, and calling attention to it in the branding turned out to be psychologically impenetrable. So imagine my delight as they recently unveiled Dark Berry Dr. Pepper - ditching their traditional maroon packaging for a 'dark' blue (still unspecific on the 'berries,' but they've at least narrowed it down to the 'darker' ones...). Not that the new shade makes much difference in this particular scenario; the new flavor is a promotion for the next Marvel thing, and the label on my 20 oz. was corrupted by all kindsa graphs and typography that made my drink look like a Comcast menu. A far cry from the simplicity of Clearly Canadian.
The verdict? It tastes like Dr. Pepper.

RC Cola: Royal Crown isn't new, nor is it new to me, but it is unfairly rare in my territory - it'll pop up in a dollar store or a gas station, and the next week it'll be gone again, sometimes for years. It's because of this that I'm able to detect them in the most extreme peripheral manner in any establishment, and when I find one, it's a big deal.
It is very good: to the rest of you crackerjacks who can tell the difference between Coke & Pepsi but also understand the similarities, RC is the third in that series. Like the old, old jingle used to boast, "it's not too heavy and it's not too sweet" - that's accurate. It's a nice deviation from all the complexities and abrasiveness of C&P, and sometimes, we deserve that kinda break.