TOYS ARE US : Spy Tech

Alright, playtime's over. No more esoteric meanderings about special blankies and imaginary friends. This is the real-deal-Power-Wheels, fully-liscenced, batteries-are-included series that we're bringing outta the closet and onto the parlor floor - front & center. These're the ones everyone's heard of - and if you haven't heard of 'em, you're gonna goddamn hear about 'em now.
These're the ones you could find in stores, and that's where we found them, brought them home, and devoured them with our hands and eyes. So let's see if we can take whatever imprinted sensations we've kept & turn them into words and sentences. 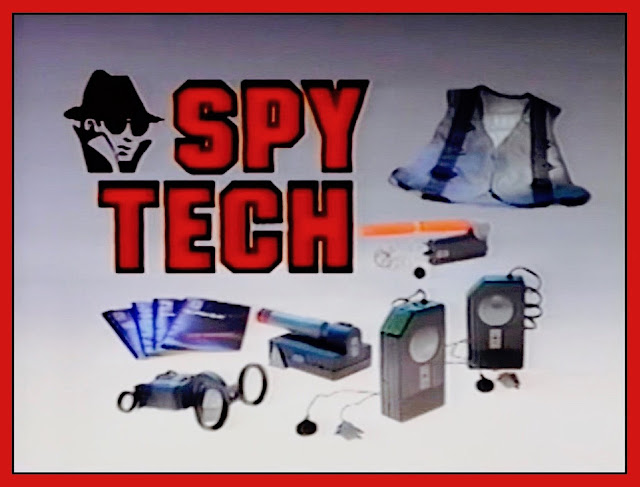 For this installment I wanna talk about Spy Tech: a massive line of gadgets and wizardry that, by the standards of any generation, were the clearest definition of the concept of a 'toy.' Every product did something, and whatever it did would blur the lines between science, magic, and imagination - all with a badass attitude.
If you're not already hip to it, Spy Tech (from Tyco) was a series of electronics and sometimes fashion accessories that empowered a kid to playact as a 'spy' (or the standard fictionalized caricature of one) with a very high degree of accuracy. I'm sure this derived from the days of secret decoder rings and invisible ink and anything else Cold War/earliest James Bond flicks created some childlike fascination for, and to a kid, that kinda stuff is timeless and works in any era.

While not a 007 fan (then or now), the word "spy" carries its own mystique for me; it was cooler sounding than ninja, assassin, or P.I., and, more than anything, the wardrobe was very attractive. For most of my childhood, I insisted on presenting myself in dress pants/shirt and tie, day-in day-out, so at a moment's notice if I needed to be a Dick Tracy villain, a Batman villain, a 'GoodFella,' or, of course, a spy, I was already dressed for the occasion.

And I think my only real exposure to the idea of spies was from Spy vs. Spy - and not even the comic strip, but the NES game on which it was based. The game itself was a maddening mess with a disorienting objective, but the cover of the box that held the game is the best visual example I can point to and say, "There, that's attractive & kinda the look I'm going for." I wished to God they'd just make a poster of it... 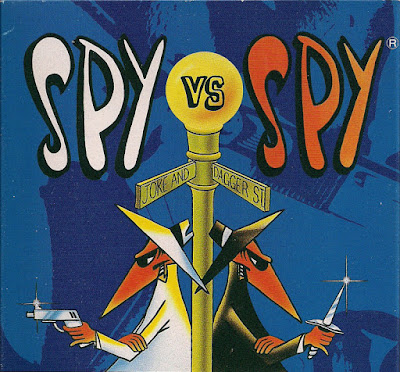 For a buncha spy gear, the advertising for Spy Tech wasn't exactly covert: I was pummeled at every commercial break by depictions of slightly older kids investigating shady adults with the use of microphones, black lights, night vision, cameras, lasers, and all other kindsa crazy shit that left me exclaiming, "Jesus Christ! These're toys that I could own?!" I musta been pretty vocal about it, because come Christmas morning 1990 I receive the largest singular-themed bounty anyone's ever seen. 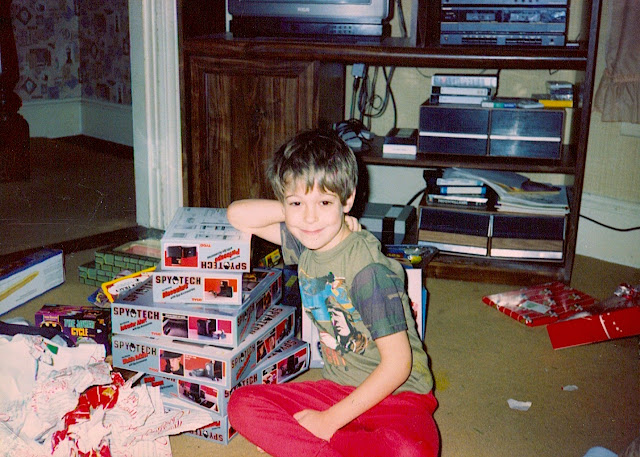 Now, the punchline was that there was rarely an opportunity that presented itself that required the fullest potential of these otherwise neat devices, and trying to create my own believable scenarios that called for the use of a motion detector or a finger printing kit presented a challenge. I suppose, if anything, they were a sobering reminder that I was rarely met with any kinda danger or unsolved mysteries in my protected childhood universe.
But like any semi-only child with no real friends, you become adept to your imagination & take more pleasure in just playing with yourself...

Joking aside, the real accessories I'd wished they sold were the iconic fedora and trench coat (and maybe a shiny black revolver and one of those big, spherical bombs with the fuse on top), but I was realistic and grateful for the arsenal I'd amassed. I can barely remember what all the tools were or what they did (believe it or not, I only had a small percentage of the inventory), but the one I remember the most was the most practical: a working, reloadable picture camera. I don't recall how much use I got out of it, but it was a good household appliance for a child to possess. And combing through the ephemeral Bennett Media archives, I believe this photo to be the only surviving relic of my career as a spy: 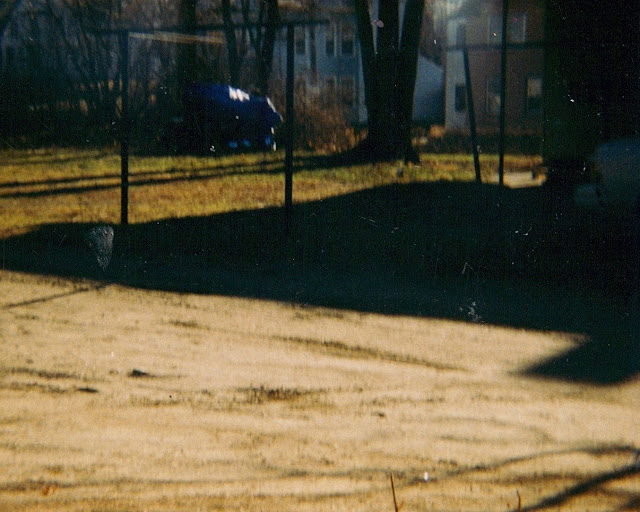 Fun & nostalgic for the story behind it, though the Zapruder-aesthetic combined with the absence of any human subjects makes for a pretty creepy depiction of existential horror.

But hey, look! I went back to that location for the purpose of this post & did my best to recreate the angle on the very same spot: 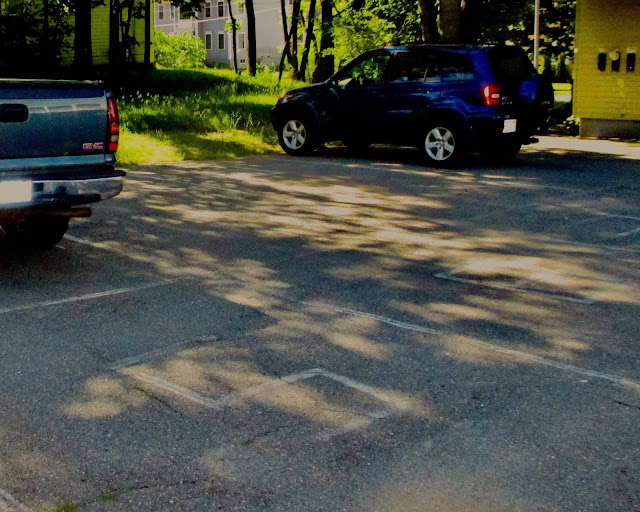 The lighting and the time of year may be off, but the biggest upset of the past 30 years is the rape of the landscape. Which, as a point I recently brought up, you do any kinda time lapse comparison in a spot populated by people and it's hard to ignore the palpable malignancy of development and decay.
And with that, I'd like to think that this - this - was my primary goal as a spy: investigating and documenting the curious, brutal passage of time. After all, isn't that what we do at Bennett Media?

Great stuff. Oddly, I'm actually going through that phase right now as a 24 year old. I think my inspiration for my button down shirt/dress pants fashion is coming from the Cigarette Smoking Man, Dale Cooper, and the orthodox Jews. I dunno, it makes me feel like I'm on a mission every day. Your younger self was on to something. Dress to impress, hehe.