Go ahead, remake my millennium 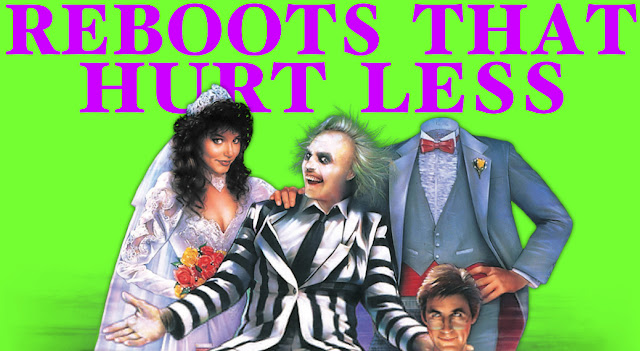 There's no way around it. No filmmaker is above it. And if they built it, you would come.

We're, of course, talking about remakes. And you know what? We're not here to bitch - there's no ammunition left in that argument anymore. (And there are bigger things to be pissed about.) Besides, there doesn't seem to be a director or producer left alive with the integrity to say, "No, thanks." Or they'll sternly denounce the idea until "the right one comes along." Whatever. Like I said, we're not here to get uptight -- on the contrary, we're here to accept our fate and embrace the chewy staleness by getting a little fantastical about it. In a true "when in Rome/if you can't beat 'em/put a gun to your head" scenario, we put our heads & tails together to come up with a list of reheated gourmet cuisine we'd be able to digest. In other words, stuff we wouldn't mind seeing (not want to see, but wouldn't mind seeing.)

Granted, some of these are just straight-up book adaptations (which is always infinitely more excusable), but others, in reality, would be approaching sacrilege. But that's the idea - who amongst us woulda thunk we'd witness a "reimagining" of Suspiria, Bad Lieutenant, or Ghostbusters grace the tarnished silver screen in our too-short lifetimes? And that's when people say, "Hollywood's run outta ideas," but people who know anything know better. So, at the very least, we will choose the form of the destructor, because we deserve at least that much.

And we're just spitballing here - this is definitely a situation where you should feel free to chime in (which is largely the point of this), because we definitely took the path most traveled with a lotta these, and you can't tell us you haven't though of this kinda shit before...

The Birds
Directed by Denis Villeneuve

Butch Cassidy and the Sundance Kid
Directed by Steven Soderbergh