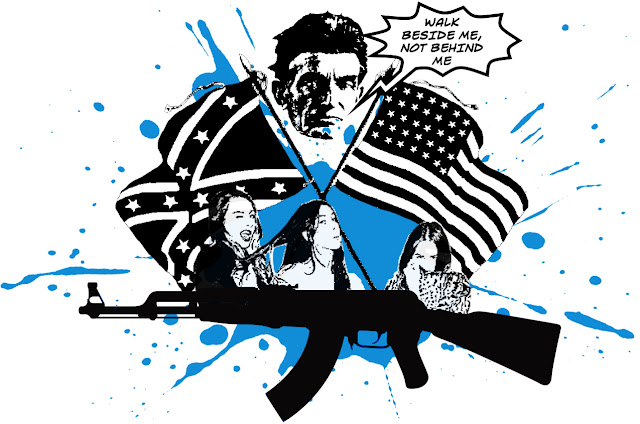 It's been a cold and rainy Spring, which, as usual, culminated into a lotta strong, sexy vegetation across the land. So while we're currently deprived of destinations, treat yourself to a journey if you can - even if it's a circular one. And when you're not out, frolicking about the natural world, we've got suggestions for stuff to pair with the picnic days ahead.

Fortunately for us (and you, if you choose to accept this mission), the path to our warm ways rarely leads us outta the house. So, now more than ever, heed this list as a fun and safe itinerary of activities that one could engage in for Summer vacation.

Or, be rebellious! Put yourself and others in harm's way! Take off your mask and fuck a stranger! Let your hands get dirty! Touch your face! Touch my face! Be Metal, IT'S FUCKING SUMMER, SHIT MAN! 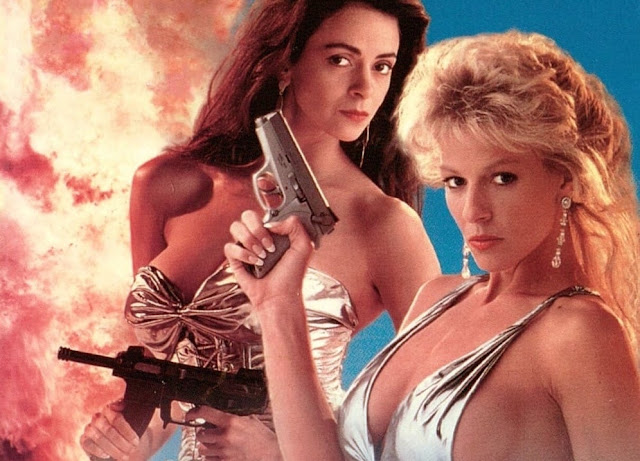 For those of you who aren't already down & dirty with this idea: Andy Sidaris was a TV director, covering mostly sporting events, before moving onto making B-movies (or BBB movies - Bullets, Bombs, and Babes - a descriptive phrase used to describe the nuances of the genre in which he worked). Between the early 70s and the late 90s, he crafted over a dozen exploitation flicks, each featuring tropical locales, oversized firearms, and statuesque centerfold models in leading roles. 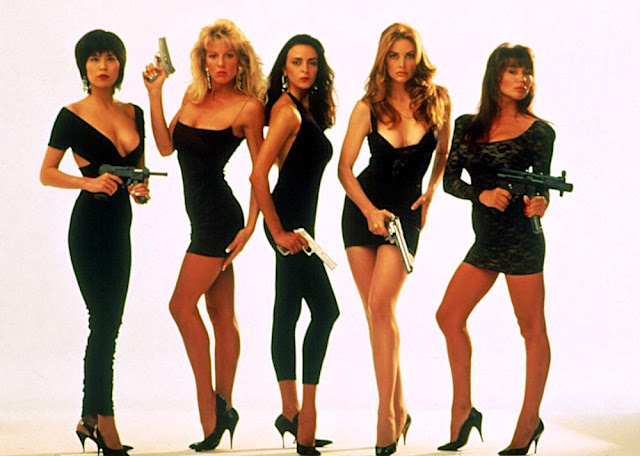 Now, these movies are exceptional for a coupla reasons: the first being that the humor of this setup in firmly tongue-in-cheek; these movies were rarely played for laughs, but they were clearly self aware in regards to their subject matter, and that spirit is palpable in the films. Secondly, while the plots of these movies are charmingly incomprehensible, they are crafted with a talent and a passion that few other genre pictures are blessed with - from the production value of the stunts and practical effects to the ingenious credit sequences. 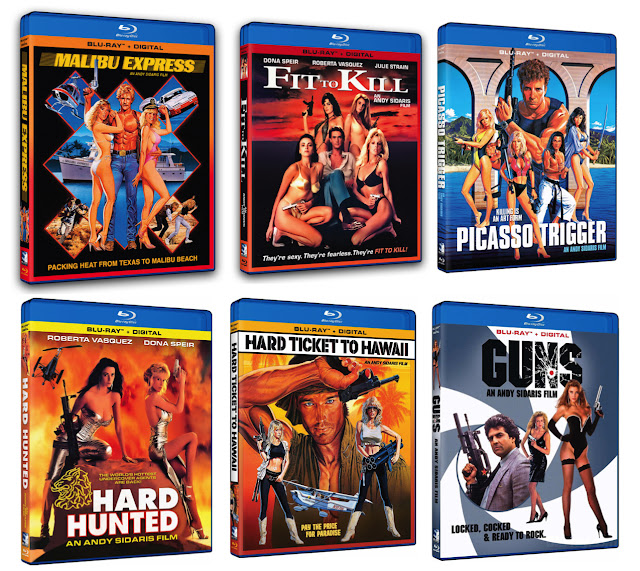 The timing of this is pretty rad; Mill Creek has been continually putting out his once-direct-to-videography as widescreen blu rays, complete with the original, nut-kicking poster artwork on the covers. They're going for around $9 - $12 each, so I really don't have any excuses as to why you shouldn't already be part of this cult.
So Join Today! And if you're not completely satisfied after 30 days, beat it loser. 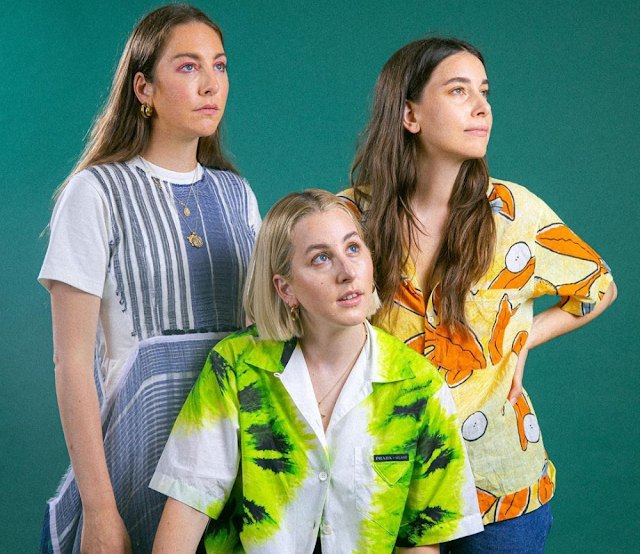 Here's the story: We introduced Haim's short but superior discography to our son when he was 7 or 8 months old, and his obsession was immediate and genuine. Now I don't know if you have children or know anything about kids, but this band has been the soundtrack of our lives for the past 16 months - day-in, day-out, nonstop Haim - because that's the speed at which kids move, and we're just along for the ride. And it's fine - it could be a lot worse. I mean, it helps that the band is fucking awesome, but the real magic is that it's new music, and so any nostalgia tied to it is being established in real time. Like sands through the hourglass...

Women In Music Pt. III is the band's third studio album, and it was supposed to drop April 24 of this year, but was delayed until August because of the thing. Now, the tentative release date has moved again to June 26(!), which should more than officiate it not just as a Summer album, but The Summer Album. (And this'd better stick, because my pre-order is already in.) 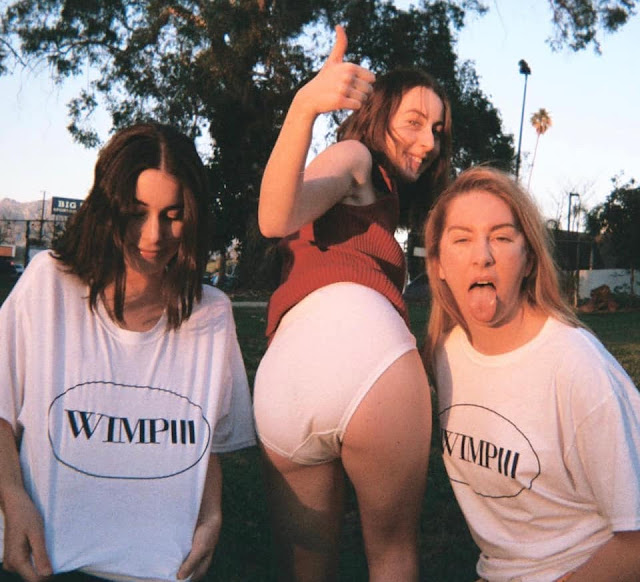 We don't do links cuz links don't last, so here's a list of the singles that have preceded the album thus far (most of which debuted as music videos directed by one Paul Thomas Anderson).

Swallow these whole without crushing or chewing. Arousal will immediately take effect. 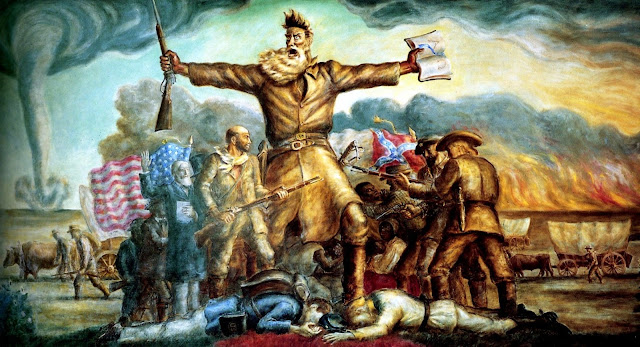 And now for something completely different.

Typically this is a list of lighthearted endeavors suggested to keep you company for a few sweaty days, but if you can find yourself some sprawling, epic subject to occupy your heart and mind indefinitely, we say go for it! Then, whatever you choose to immerse yourself in, you can look back at this time as 'the Summer of that thing.'

Consider this! The life (and death) of John Brown, a civilian and family man who (more or less) set the American Civil War in motion through violent acts of terrorism. (I'm drastically oversimplifying - just think of it as a tagline.) Currently, in this increasingly divisive era, the true story of a man who took matters into his own hands on a National scale to fight moral and political injustice is satisfying, startling, and confrontational all at once. If that doesn't seem relevant enough for you (or maybe this kinda stuff just isn't your thing), this is one of the 40,000 different stories that's rumored to be the subject of Quentin's tenth and final(?) film. Even if that doesn't end up being the case, this is a gory and enthralling Major Motion Picture just waiting to fall into the right hands (which will probably end up being the wrong hands).

There is much to read on this topic, but we suggest John Brown, Abolitionist : The Man Who Killed Slavery, Sparked the Civil War, and Seeded Civil Rights by David S. Reynolds. And if you'd like some visuals to supplement your research (or if a dense, meticulous biography doesn't scream "Hot Fun in the Summertime" to you), check out the 2005 documentary John Brown's Holy War, or the 2013 miniseries The Abolitionists - both are part of PBS's American Experience series, and the latter stars T. Ryder Smith (Brainscan) as Brown.

At the end of the day, you'll be able to impress your friends with some very important bar trivia (because I suppose that's what the bloodiest conflict in American history boils down to). 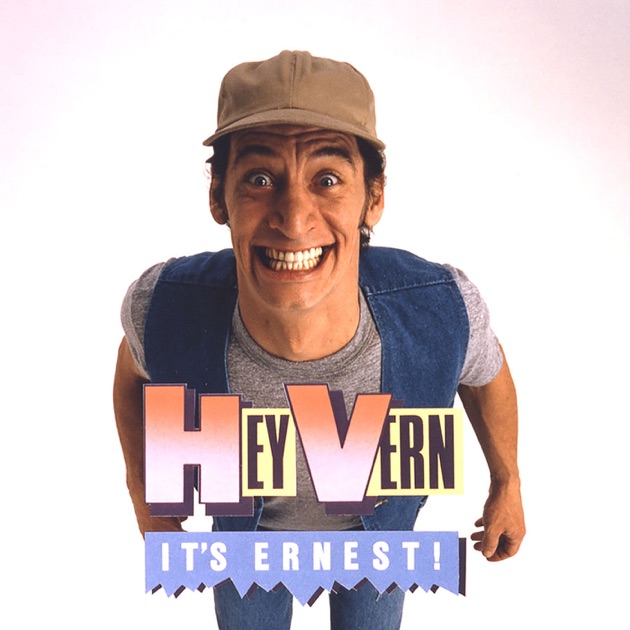 I don't know that we talk about Ernest nearly enough around here, which hardly makes any sense. I mean, he's up there as far as I'm concerned, and I think I put forth a pretty good defense some time ago, but let us please not do the defensive thing anymore - let's just talk about the totally awesome show you need to watch this Summer, knowhutimean?

This CBS Saturday morning kids' show from 1988 only ran one season (which made for a great marketing tool in the following century when they could put "The Complete Series" on a DVD cover), which is a damn shame, because I don't know of any other TV shows in the history of TV that were better tailored to a Saturday morning.

Let's set this straight: I love Pee-wee Herman, and Pee-wee's Big Adventure is enormously better than any Ernest movie. But in terms of television: Pee-wee's Playhouse was entirely too caustic and busy for the early hours of the day, whereas Hey Vern was (and is) the perfect balance of Froot Loops and black decaf to start your weekend. 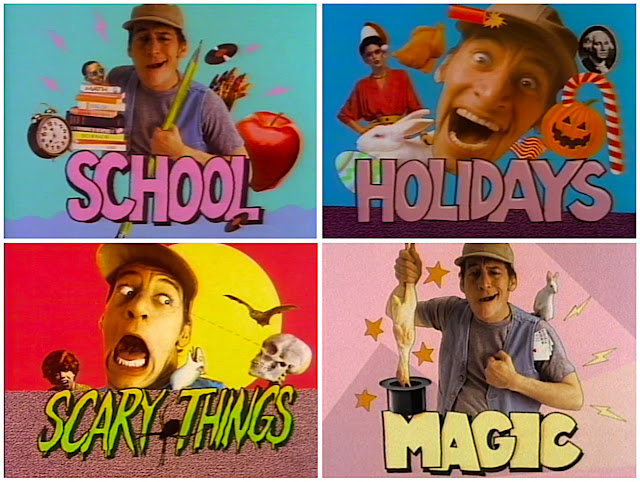 If you've ever seen an Ernest movie, you might have some idea of what the show's like, except it's far more subtle, creative, and mature than the usual preconceptions conjured up by the mention of "Ernest P. Worrell." Each episode dealt with a different topic - Food, Pets, School, Scary Stuff, etc. - and each subject was treated with a humor and sensitivity that was never condescending. In other words, it's just a sweet & funny show that makes you feel good all under, and I intend to spend my Summer Saturday mornings from the POV of Vern.

Been having a blast with this.

HAIM has become a staple of my listening habits. Ended up pre-ordering WIM III. The release is one day away from my birthday and on PT's birthday. Something that has made me wish I was born one day earlier.

I own the Girls, Guns and G-strings Sidaris collection from Mill Creek. Falling in love with Hard Ticket to Hawaii and Picasso Trigger has convinced me I need to upgrade. The former having sex doll/bazooka scene that only Sidaris could pull off. The latter taking on a James Bond-esque tone whose explosive inventions would make Q jealous.

Don't know how Hey Vern It's Ernest skirted past me. The Ernest movies are something I cherish. It's a delight seeing Chuck and Bobby- two characters who always made me laugh- up to their old tricks in this show.