EROTIQUE :: How to program your VCR

There are many words and phrases that are generational -- that's not any kinda sociological epiphany. And I don't mean like "bee's knees" or "groovy" or "awesome" or "lit." I mean stuff that wouldn't've made any sense just moments prior to its inception: "Draft Dodger," "Free Huey," "Be Kind, Rewind," or "Free Wi-Fi." But I'd say the most lyrically poetic phrase to come outta any era is "Scrambled Porn." On its own, it's a pulp novel. It's an album title. It's a menu item at a hipster coffee house. It's a cool combination of words, sure, but even cooler that it is, by definition, its true definition: broadcast smut encrypted with static and polarized colorization, courtesy of your cable provider.

Everyone has their own memories, their own depiction, their own pace of digestion regarding this analog anomaly (everyone my age, at least), and mine is specific but simple: the audio remained consistently pristine, while the psychedelic lava lamp of distortion would come in waves - long intervals of erotic rainbows mixed with the sounds of sweaty of bliss - that would eventually clear up for the span of 10 to 15 seconds, and a perfect fusion of sight & sound would emerge, then dissipate. These fleeting bursts of excitement were like an old-fashioned peep show or boardwalk nickelodeon, and it instilled in me a desperate curiosity of "so close, yet so far."

"Goodbye, and thank you for calling Cablevision" 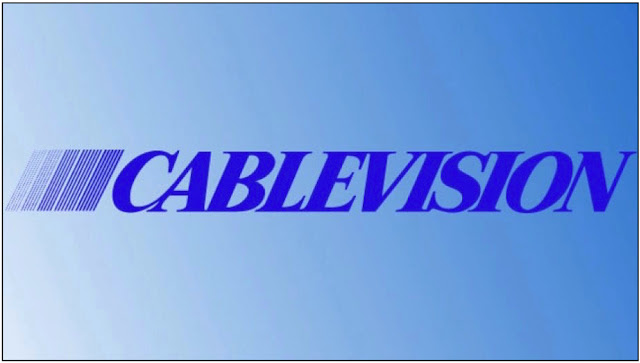 It was around 1995, and I was 11 or 12. Our cable provider was Cablevision, and the only 'Pay-Adult' channel they offered was Playboy TV -- channel 62 (which was a ghost on the dial unless you'd ordered it). I'd already become a pro (or an addict) at ordering mainstream pay-per-view movies; apart from the opportunity to tape new release rentals off of my own TV, I equally enjoyed the novelty of dialing numbers into the keypad and the movie of my choice would appear at the designated time. And whenever I called, it was always there:

...Or whatever - and there was the perpetual option:

Whenever I asked permission to order a movie, I was courteous and receptive to courtesy - as the charge would appear on my parents' bill. But this was not a request you would make, because a.) it'd be met with a condescending "No," and b.) it's a gross & embarrassing thing to ask - for both parties.

There'd been glitches in the past wherein we'd been given pay-movies without ordering them, & then my mom would hafta call the company when the bill came & give 'em shit, saying "We didn't order this." This would provide a portion of my alibi - the rest would play out in several stages. 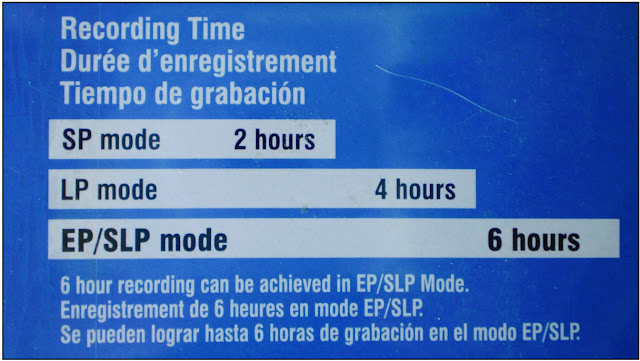 After this mild Machiavellian mischief, the punchline is that there is no punchline. All the particulars of the plan played out perfectly, & each point that I'd anticipated panned out to the letter. And now I was left with this tape full of sex & mysteries.

"Prepare to fast-forward!"
So, what was on it? Well, for starters, a wealth of wisdom in areas I wasn't expecting - like how pornography via any medium is saturated in advertising for other, continually-changing pornography. At first it seemed like I'd made a mistake - the bulk of the tape was commercials for the content I thought I was getting. I couldn't imagine when there'd be time for any of these features to air when it was wall-to-wall trailers and TV spots. In true, contemporary porn-watching fashion, the fast-forward button was used extensively.
Then, it was on to Night Calls, an aimless talk show where people could call in to talk about sex stuff.

It was (to the best of my recollection) the cable TV premiere of Babe Watch (1994) - not so much a "parody," but a very loose adaptation of the then-cult TV show Baywatch (you're welcome). In fact, all it draws from the source material is: the beach, lifeguards, and red uniforms. Oh, and the intrusive suggestion of sex & nudity. Except, of course, as an Adult Video, there's much less 'suggestion' and more of the real thing. And yet, that's where it gets complicated: everything this tape had captured (including this legitimate hardcore porno) hadn't really offered much more than what HBO, Cinemax, and Showtime were giving me. It may've seemed more raw and intense, but what I was able to determine (even without any prior Adult Film knowledge) was that even The Playboy Channel was editing their content (at that time, at least) to omit images of genitalia and penetration.

And while I've determined that this is the most useless piece of trivia I carry with me, it's pertinent to this story, because this trek of exploration resulted in my learning nothing new about the physical mechanics of sexual intercourse.

The movie made me aware/a fan of Asia Carrera, Kylie Ireland, Holly Body, and particularly Rebecca Wild, who had a strong resemblance to Madonna from that period. And that's the extent of what Babe Watch provided.

What was most informative was an episode of Sex Under Hot Lights: largely an interview-style docu-series featuring conversations with male and female performers about the business at that time (the 1990s), intercut with behind-the-scenes footage of their movies (again, edited for content). And what should've been predictably another unsexy letdown in a series of impotent content, this ended up being the most alluring and informative portion. It very quickly became clear to me that the filmmaking end of this spectrum was obviously and infinitely more interesting than the possibility of a Sex Ed class, and that the 'human interest' angle was much more of a turn-on. 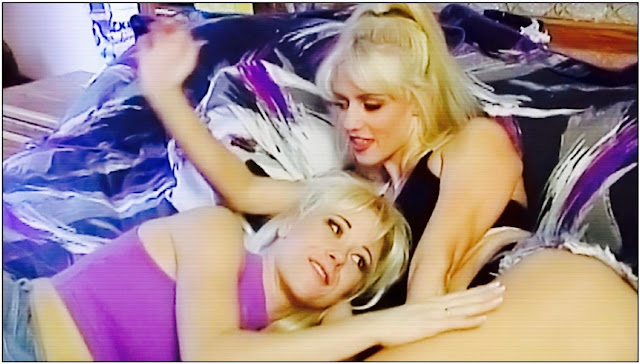 The humble kindness of male stars like Jonathan Morgan and Randy West helped to alleviate any potential guilt I had that the industry was a largely misogynistic enterprise, while it also allowed me to form genuinely intellectual celebrity crushes on female performers like Kaitlyn Ashley, Sid Deuce, and Jeanna Fine. In the end, I had become more knowledgeable about a huge corner popular culture, and that was the biggest reward for my efforts.

If that seems like I'm trying to intellectualize my experience of watching dirty movies as a teenager, well... you may be right.