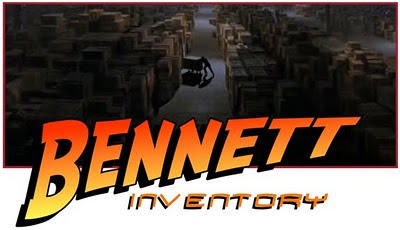 We're back, ready for round two!
Firstly, we want to congratulate all who participated in part one of the Movie Title Mash-Up Quiz. While no one was able to guess all ten titles, we have just as much admiration for those who took the time & effort to give what were collectively correct answers. & to once again reiterate the rules, we've published everyone's guesses for Part One, along with the correct answers.

For Part Two, the same rules apply. & for the winner (should there be one), we're offering a box of 36 sealed packs of Stadium Club 1992 Batman Returns Trading Cards.
So, let's get this show up & away, shall we?! 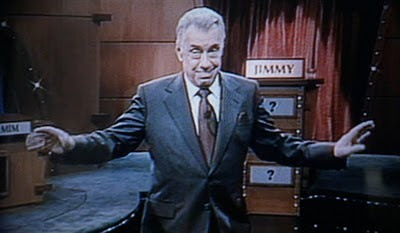 1. The spirits of two deceased teenagers make a deal to return to their bodies by exploring the depths of an Icelandic volcano.
2. A crooked cop shows the ropes to a young rookie on how to make a movie amid various setbacks.
3. A young documentary film crew ventures into the jungle to assassinate an army colonel gone mad.
4. A mild-mannered barber finds wealth in oil prospecting.
5. A retired gangster/gambler loses his way as the lines between fantasy & reality become blurred.
6. After the elderly caregiver passes away, the children seek spiritual guidance from an Indian in the wild west.
7. A con artist & his daughter work together to keep peace between humans & aliens.
8. A battered African American woman finds romance in a fictional movie character.
9. Two male musicians disguise themselves as women in this American Air Force parody.
10. While renovating an abandoned mental hospital, a man & a woman engage in a torrid love affair.

I think I've got most of it now.

1. Bill and Ted's Bogus Journey to the Center of the Earth

4. The Man Who Wasn't There Will Be Blood

8. The Color Purple Rose of Cairo (nice one)

I love this game.

I got 7.5, not getting the 'Cannibal' in three, and had absolute zip in six and ten. I'm not too upset though because I wouldn't have gotten them. 75% ain't bad.