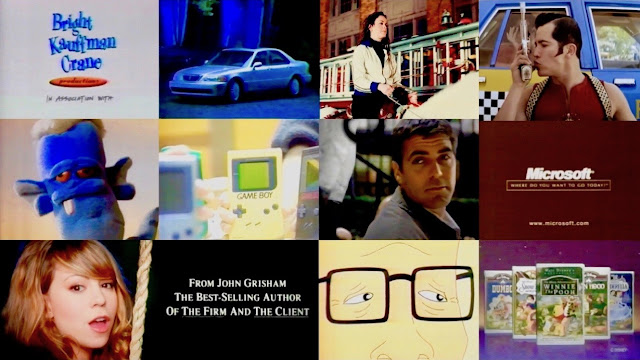 My father has mentioned to me that he doesn't remember a whole lot about the Reagan era - particularly in global or political terms. He blames this on the circumstantial evidence that, for him, the 1980s began with a marriage, a child, a career, and new hobbies & interests, and it was these life-changing distractions that made up the DNA sequence of all his thoughts and feelings.
Now, I don't know about you, but I can certainly identify with the notion that my time on this planet is best defined to me as exactly that: my time. There isn't a song or show or sociopolitical event that is better felt or realized in my own heart & head without the context of my unique journey. And so: Bennett Media.
Sorry for the heavy-handed intro, but I felt the need to justify the inescapable reality that, for me, 1996 was largely a personal experience, and I'm able to talk best about it through that idiosyncratic filter. I was 13 - but being 13-year-old me in 1996 is something that only I can talk about. But I can talk a good game.
I was the fat kid -- and it happened nearly overnight. And I point out that it was a swift transition because I wasn't emotionally prepared for it; I went from a generally happy disposition without much real fear or sadness, to becoming the epicenter of verbal abuse mixed with frigid apathy. In the throws of puberty, it's traumatizing to learn who your real friends are - especially when you find you have none. Fortunately, I'd already had some of the intellectual tools necessary to combat a hostile world - the primary one being my ability to immerse myself in leisure and recreation and allow my passions and obsessions to be at the forefront of my concerns. The irony was that my greatest passion and obsession at that time was The Beatles.
I don't know how well you remember the 1990s, but we didn't have "Classic Rock" (that soft, PC phrase that carries an air of respectability). Back then, we only had "Oldies," and there was nothing uncooler than music that was more than 5 minutes old. Even the kids still stuck on Nirvana were ostracized for being weird. And because my wardrobe consisted of a dozen-or-so XL Beatle tees, I invited a whole new spectrum of ridicule into my already-compromised existence. 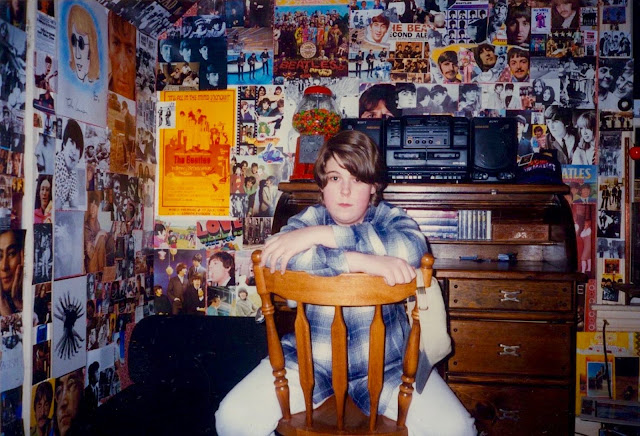 In hindsight, if there's any pride to be had it's that, as shy and socially defeated as I was, I contemptuously carried on without ever compromising my passion or my fashion. What I was getting from various avenues of art was more rich and satisfying than some misguided approval from my unqualified peers. And it wasn't some brave choice that I made - the stuff I loved and the need to express it is, to this day, a power beyond me. Thus and so, here we are.
Suffice to say I didn't pay a whole lot of attention to the music of '96 as I was comfortably cloaked in "Oldies" - and that was my central preoccupation. I'd broken up with video games years before. My real artistic endeavor at that time was transforming my bedroom into a Magical Mystery Museum. But even still, this was the mid 90s, and the sorcery of Cinema still had me under its spell - due largely to my fresh infatuation with newcomer Quentin Tarantino. In fact, I found his first two features so exciting and so sparkling that I may've started to cultivate a new & improved cynicism regarding film, and the ever-widening gulf between 'Summer Blockbusters' and 'Indie Gems' was starting to come into focus for me. 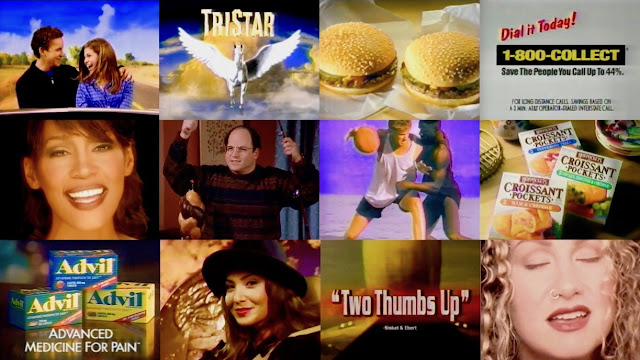 This year gave us The Rock, Twister, Mission: Impossible, Eraser, and, oh yes, Independence Day. And for the first time since Home Alone, I found the globally-popular stuff to be laughably stale -- like, nearly the entire catalogue... And I was bummed - not just because I wanted better movies, but I was then shackled with this thought of "Oh, great, a whole new medium to alienate me from everyone else..." However, also thanks to Quentin, "smaller" movies with bigger ideas and better rewards were being made at a higher rate and becoming more accessible to us small-town folk; Blockbuster actually made room on the shelves for films that had those "award laurels" on the cover, and there were still enough Mom & Pop rental places to fill in the rest. Cable channels like Showtime and Starz were doing things like "Independent Showcase" and "Underground Fridays" (or stuff to that effect). This was the silver lining of my favorite decade of Film: when Hollywood would fumble, the rest of the industry would swoop in with a turnover; there was not never anything good (unravel that double negative).
I hafta say, of all these "Top" however-many-movies from each year that I've done, this one is the most eclectic, the most nuanced from movie to movie (which proves the preceding, longwinded point). 1996 confronted me with some challenges, but compensated for them with some Cinematic Triumphs that have been with me ever since.
Scream established a new path for Horror - one that I would not follow. Romance was getting lighter and dumber. The sultry John Grisham vibe continued to be the apex of Drama. Sequels were sparse. Our only real Superheroes were Barb Wire and The Phantom. Industry auteurs like Carpenter, Tim Burton, and Coppola hit the wall & never regained consciousness, while new talents like The Wachowskis and the Andersons (plural) gave us fresh and provocative stories from the recently-revived Crime genre. TV adaptations kept happening - with mixed results. Eddie made a comeback, and Jim Carrey got "serious."
Are any of these trivial milestones worthy of my love...? Here's my Top 25 from 25 years ago.
- Paul 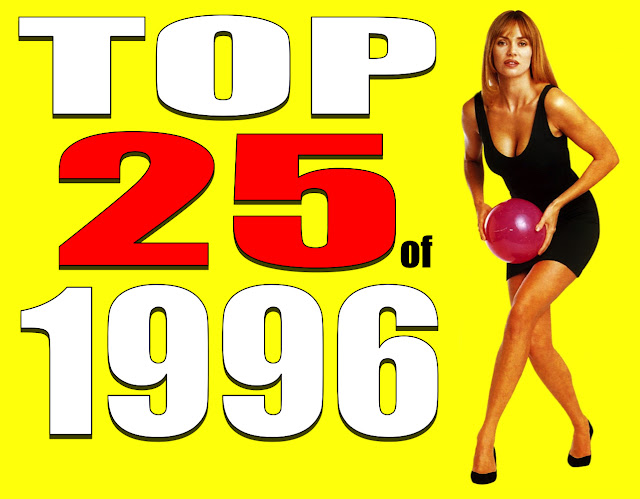 I can relate to not being on the same the wavelength of the music scene. It didn't (and still doesn't) bother me. The Beatles were it as far I was concerned. Along with other bands from the 60s and 70s. I have a distinct memory of this because it was the year the Marshall Mathers LP came out- 1999. While everyone in school was talking about Slim Shady all I could think about were cellophane flowers and newspaper taxis.

To get back to the year of '96, at 10 years old, I was not yet aware of Tarantino or the Andersons or the Coens. Spielberg, Burton, Dante, Cameron, Zemeckis were in the foreground and everyone else felt like background noise.

Here's a list that isn't quite 25, but has repeatedly changed shape through the years.

West of Memphis made Paradise Lost feel less strong - it's weird how that happens. Guffman shoulda definitely made the list - as well as some others, but I guess that's your point: it's gonna move around forever.