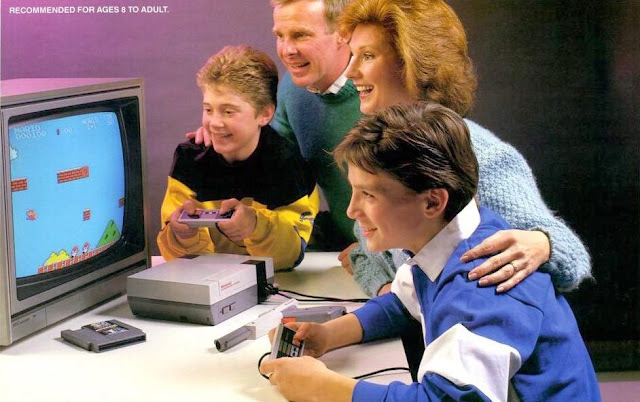 The thing about this uncomfortably-staged advertisement is that, for me, it's pretty accurate - I mean, apart from the fact that the machine isn't even turned on or plugged in, or that both kids are engaged in a one-player scenario, or that the game cartridge is lying on the table in plain sight, or that no one seems to be actually looking at the screen. But yes, other than that, the idea of the entire nuclear family standing around in awe of the magic of Super Mario Bros. is an experience I remember well. 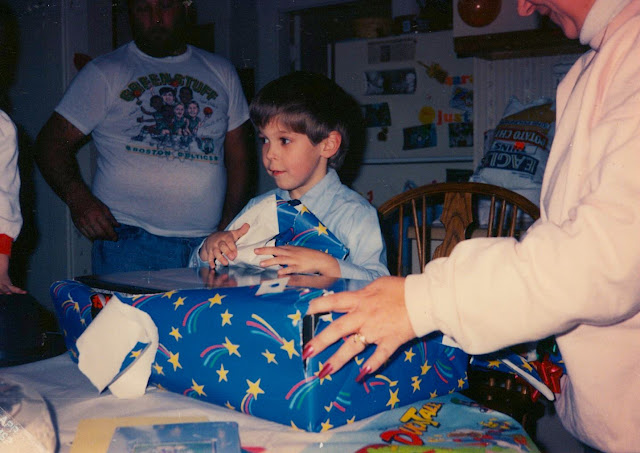 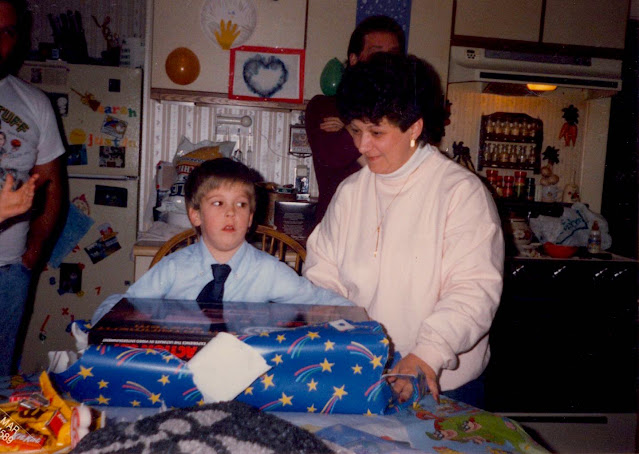 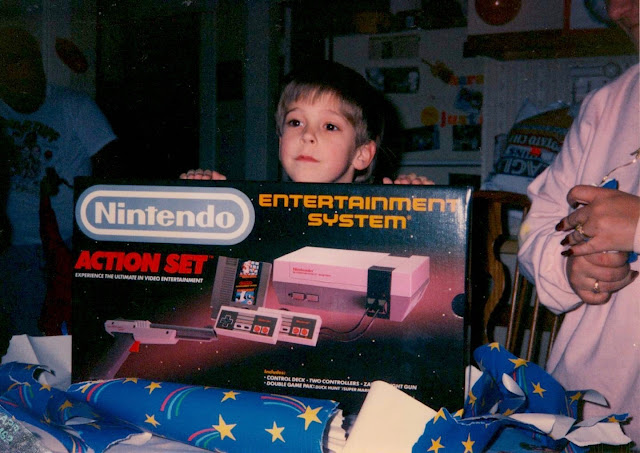 I received my first NES in 1989 for my 6th birthday - which made me a late bloomer by several years. And the next day, I made up for it; from the moment I woke until bedtime, I fought against Goombas and Koopa Troopas in a single-minded attempt to make it to World 1-4 (which I had believed was the final stage of the game). I didn't eat, I didn't bathe, I didn't even change out of my pajamas, and my parents and sister allowed this obsession to consume me, as they were just as enthralled as I.
This thing was no Pet Rock or Rubik's Cube. The home gaming console was parallel to the radio and the television in terms of immediate and indiscriminate popularity and longevity (people still play). No one was not impressed - even my parents who, both equally, had a paralyzing fear of advancing technology, both (briefly) took a shot at saving the Princess. 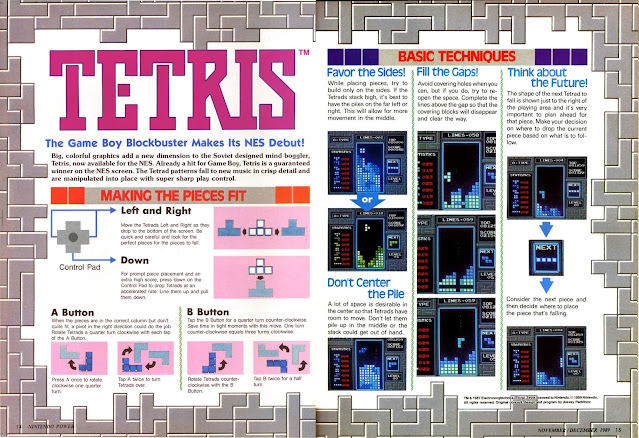 Amongst the games I acquired in the coming months was Tetris, and no one in my household was safe from its addictive properties. At one point, for a short period, we'd have 'tournaments' of sorts in which we'd spend evenings taking turns with the controller, trying to obtain the highest score. I wasn't waterproof to this domestic bliss, but the real thrill for me was that my daily after school Nintendo time had now bled into what most call "Family Time." All this meant was that I didn't have to stop playing at some fixed cutoff mark and surrender the TV to Peter Jennings - my days were now evenly divided between scholastics and 'select' screens. Also, it's an indescribable thrill for a child when parents take a genuinely enthusiastic (and active) interest in whatever they're into.
It's stuff like this that makes nostalgia inarguably valid and valuable.
Eventually the novelty wore off and I'd moved onto Super Nintendo - which resided in my own bedroom until, once again, my interests shifted. But that original, 'vintage' Nintendo Entertainment System lived on in my mother's possession, through which she boldly graduated to Tetris 2. 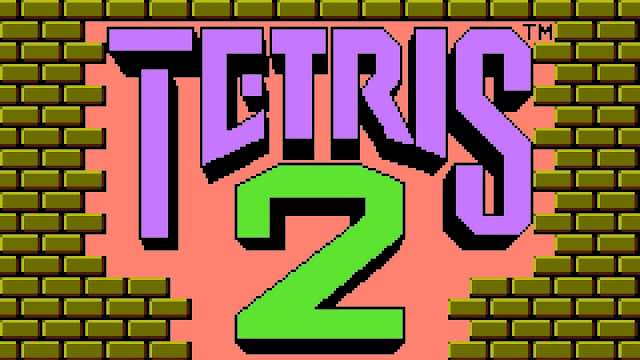 Not really being a gamer myself, I'm not aware of how it was received when it came out, or where it stands today in terms of any rankings. Basically it was Dr. Mario with Tetris blocks - and noticeably uglier than both of those games. Still, it had the same puzzle addiction in its blood, and video game sequels were just as exciting as movie sequels. 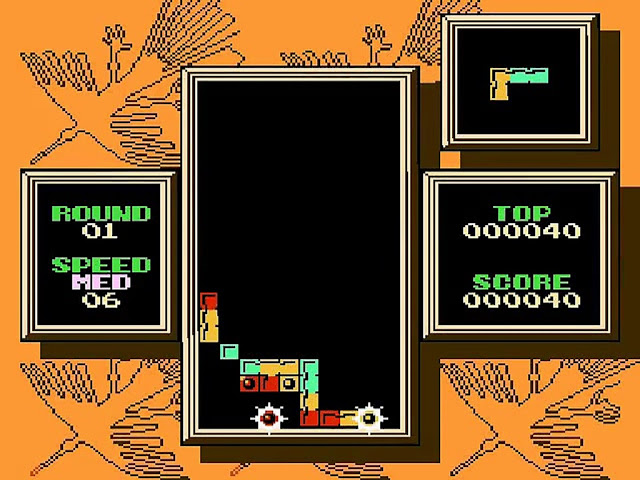 But like I said, I'd moved on - but Mom kept playing: after her bath, sitting on the edge of her bed with her cigarettes and Diet Coke on ice, every night for the rest of her life. Nowadays I hear of older folks getting into low-key online gaming, but my mother wasn't online - she was (like myself I suppose) a 'retro gamer.' She was never trying to beat a high score and she never boasted about any potential progress she'd made - it was just one of her habits; part of her routine. Over the years and decades, the cartridge, the controller, and even the system would predictably crap out - by which point it was easy to seek out generic replacements, until it was just a Frankenstein's monster of that original, magical birthday present. 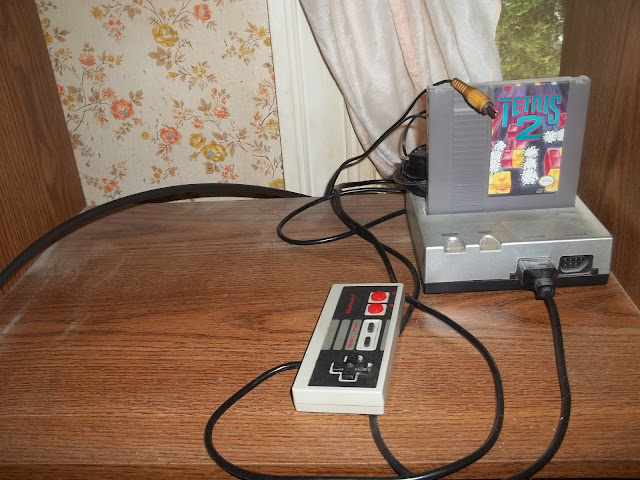 The phrase "you can't take it with you" means that, when we die, we leave all material things behind. But who cares about that? What we do take with us is everything else: our accumulated knowledge, wisdom, and passions - and the people left behind are poorer in its absence. I'd love to know exactly why my mother was so drawn to Tetris 2 and what kept her coming back -- I'm sure if she had an answer it wouldn't have been entirely scintillating, and this may seem like trivial information to have... But I guess that's my point: the people in our lives know things that only they know, and if they don't volunteer this information, it's our job to seek it out. My mother would've turned 71 today, and she played Nintendo. This information isn't useful to you, but a moment ago you didn't know it. The internet has earned its reputation for showing us how ugly we can be, but (hopefully) we've only ever used it to share what we know & feel, and we've tried to be attentive whenever you've done the same. And when we leave, we're taking that with us.
- Paul