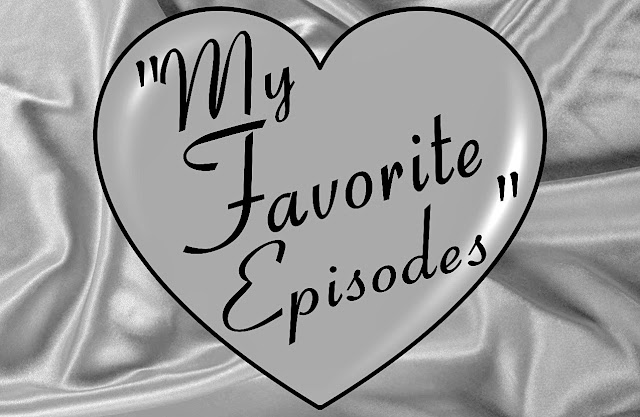 I'm having another one of my... episodes!

Watching shows in this house means we're eating dinner. And that also means we're winding down and creating a mood for our evening. This is always way more fun during holiday seasons. Mealtimes become an event, dwarfing the feature/sex combo that follows. We'll turn a cold shoulder to our standard sandwich or pasta night and fill our bodies with delicious oil dripping delivery. We'll message each other all day to try to pair the right meal with the right show, hopefully nailing that perfect episode. A longstanding tradition that we will pass on to our son.

If I had to choose a Horror genre, after giving it an unreasonable amount of thought, I would I have to say it would be 'Anthology.' Horror is best when presented like little nightmares. After all, it's the tiniest cuts that are the most painful. And so I thank the universe for giving me The Horror Series. The bad dreams can weave in and out and change a hundred times, depending on the writers' imagination. A neverending compilation. These are this year's Top 5 meal-enhancing, nostalgia-inducing, monsters in my closet. Viewer discretion is advised.

- Babes
Are You Afraid of the Dark?
"The Tale of the Dollmaker" (season 3) 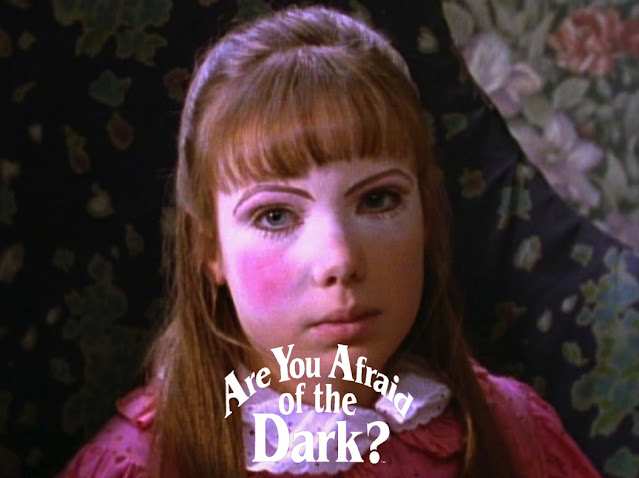 The night that I decided that I was much too old and sophisticated for this show, this episode aired, and I was sucked back in. I'd always been afraid of porcelain dolls, but this introduced the idea of an otherworldly dimension, where you actually become the creepy toy. I find the concept way scarier than the show's low-budget execution, but I always get right in the October spirit every year when we revisit.
The Twilight Zone
"Eye of the Beholder" (season 2) 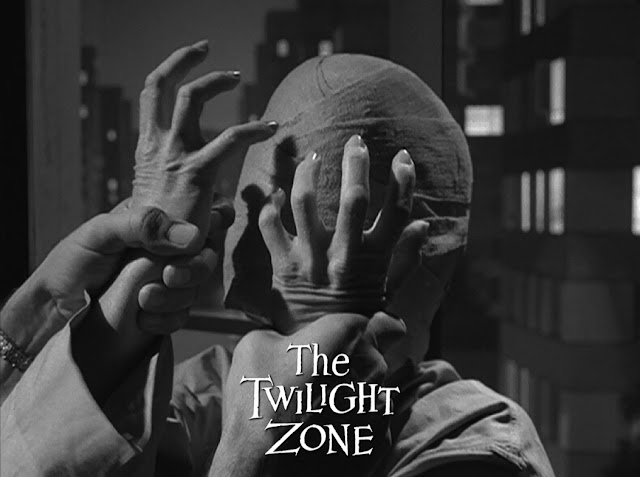 Though it may be hard to believe, I have not watched very much of The Twilight Zone. The series, which many believe paved the way and heavily influenced modern Horror Cinema, has eluded me for years. Though there were times throughout my life where I have caught some episodes during holiday related marathons, and due to extreme popularity, every time I would catch this one.

To say that I have a low self-image is a dramatic understatement. There were portions of my teen years especially that were very unkind. I would agonize in front of a mirror and long for a more socially accepted physique. What I always loved most about this particular installment was how body positive it was. The grotesque looked down upon great beauty with disgust, leaving the viewer not only creeped-out by their horrific reveal, but also to maybe think about the choices they make. Maybe they won't pick on little Dick or Jane tomorrow. 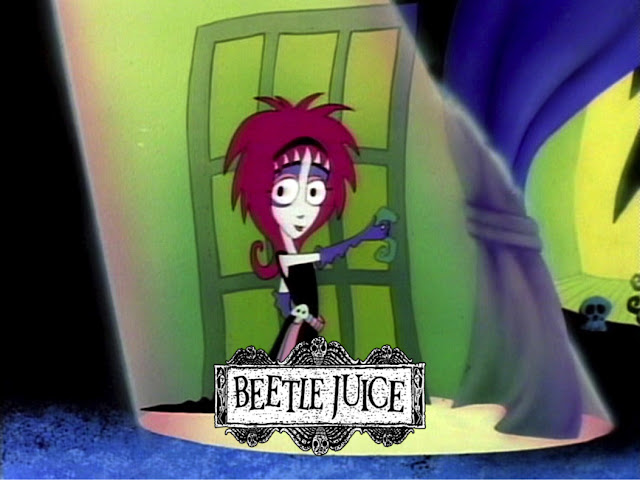 Beetlejuice was a way of life for about three years. I watched the movie day-in and -out and wouldn't miss an episode of the equally-adorable tie-in cartoon. I had one small action figure toy, that I coveted above all other things. I would buckle tiny Michael Keaton into the seat next to me in the car for safe measure. And the Ghost With the Most was my imaginary friend. You could often catch me in quiet corners singing "Day-O" to him.

Growing up I wanted to be a million different things, all influenced by a million things that I loved. And added to the jar was to own and operate my very own Spooky Boutique. A goth store, or store of mysticism. I would sells gemstones, good quality black clothes, stinky herbs, and spider jewelry. I came close during my Hot Topic management years, but working for a huge corporation, where we don't choose what we sell, is very different. I do have to say, that every morning, when lifting that gate to open, I would hear Lydia's jingle for her store commercial. 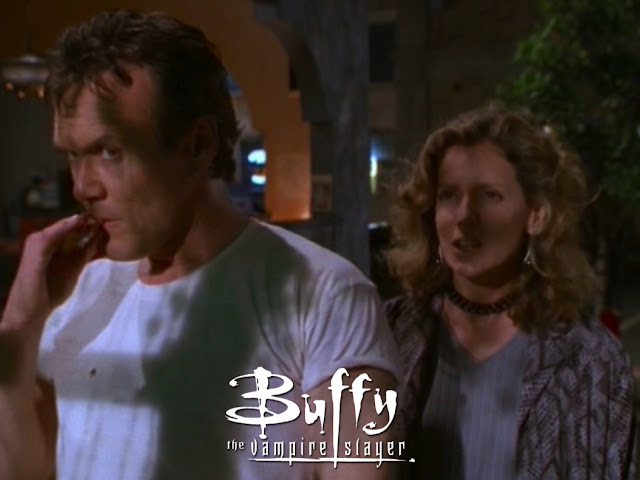 I unabashedly love Buffy and I make no apologies for it. It is my favorite soap opera. The first season laid the groundwork for Horror Drama fans alike, and with that established audience, we could start to character arc and strip personality layers. This would go on to be the show's greatest strength.

Bookish nerdy men with glasses are hot. I will probably think about getting in your pants. But if you add to that a repressed demon worshiper with a punk rock edge, and you hold my genitals in your hands. Any Halloween episode of any show is exciting, but watching a belligerent chain-smoking Giles trying to nail Buffy's Mom, and I'm wet. 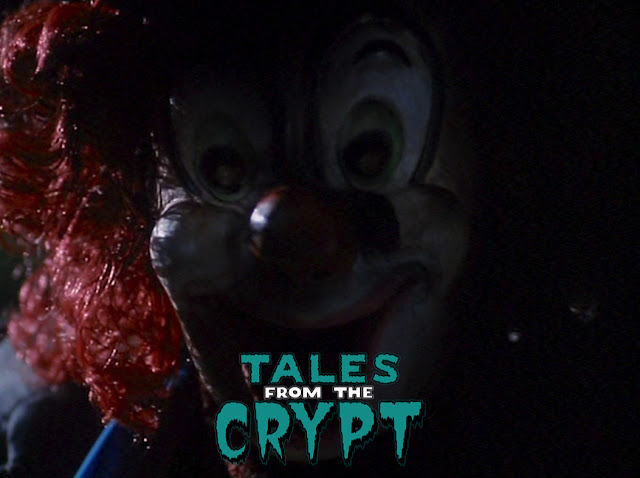 I like most Tales from the Crypt. In fact, I picked an entirely different segment for an earlier episodic entry. This year I am being more selective. I am making my choices based on how things make me feel. And this short film, with some of the best Horror acting out there, makes me feel genuinely unnerved. There's no monster, no evil doer, no bump in the night. A writer took a somewhat plausible and disturbing home-life scenario, and gave it a gory and heroic ending we were all hoping for, but weren't expecting.