I told you 'bout Wacky Packs and me, you know that we're as close as can be. Well here's another spoof for you all -- even if they are charmingly flawed. Released by Silly Productions, Inc. in 2001 (who wouldn't want that on their resume?), this lightweight 33-card set of "music parodies" was clearly getting its flavor from what Topps had been doing for decades. 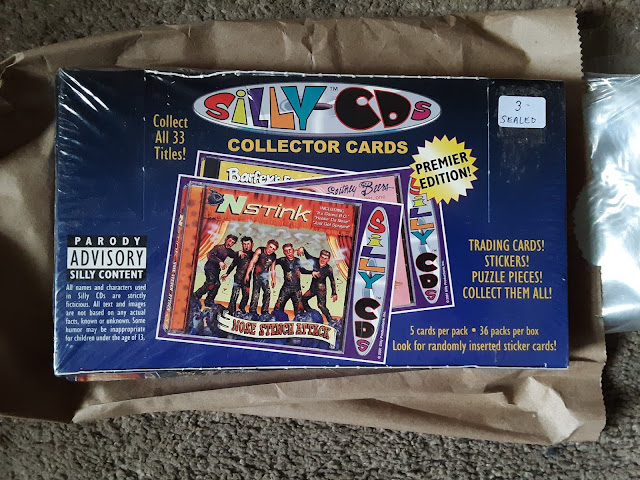 I spotted a box of unopened packs at a flea market a short time ago, and I immediately recognized that crude-but-harmless gross-out vibe that's always been aimed at crude-but-harmless folks like myself. From the depictions on the box, the artwork felt like that conspicuously warm blanket of familiarity that I couldn't resist. And the trick with an unmolested box of cards is that the probability is quite high that, once you open all the packs, you can amass an entire set - as was the case with this very very small series. 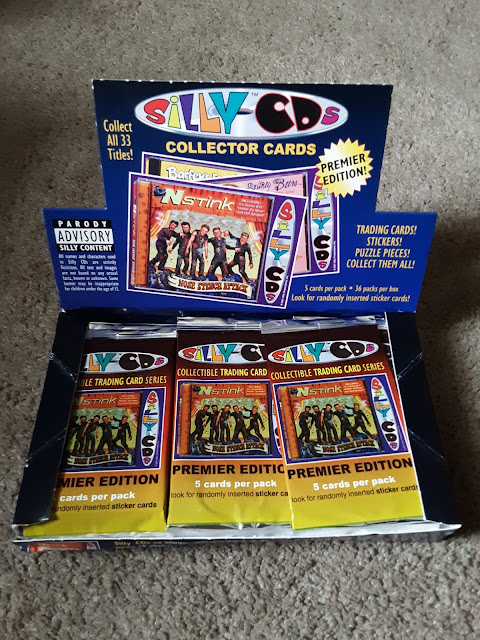 Yes, the art harkens back to Wacky Packages and Garbage Pail Kids and all the puke-and-booger gore of my generation, but this subject matter couldn't be more 2001 - short of coming wrapped in an American Flag displaying the slogan "These Colors Don't Run." These very specific images - though warped as they are - of Britney, Xtina, NSYNC, et. al. are colorful little logos of a very specific time in my life, and I'm sure they are in yours. And if I take nothing else from this assortment of satire, it at least makes me nostalgic for the last notch on the timeline when album art and physical music was still holding its own against "file sharing" and the eventual "digital downloads" we engage in today.

See how I can turn the dumbest shit into an excuse to reflect on a cultural cornerstone? You're welcome. And speaking of the dumbest shit, here are 5 of the silliest singles from this set. 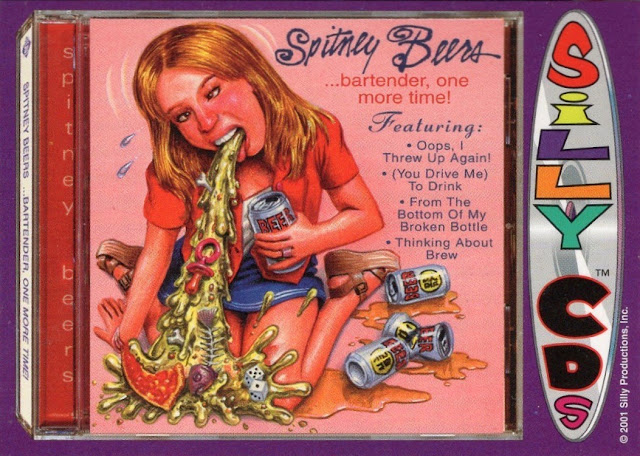 The cleverest (that's a stretch) thing about this one is that it's nearly an anagram for her name. (Alright, you find interesting stuff to say about these.) More than that, I applaud the choice to fully identify the concept of vomit by including a fish bone, a baby pacifier (get it?), and dice. Swank. 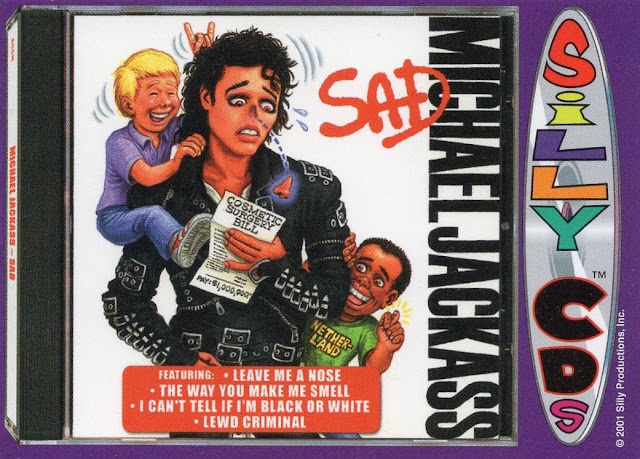 This seems like the best time to point out that these cards are a bit more cynical and PG-13 than your typical punny superpowers - perhaps even more so than Mad Magazine. (I purposefully picked the cards that were aggressively so.) There will forever be a sinister, gloomy stigma surrounding the Prince of Pop, and they've checked all the boxes here. So laugh, it's funny! 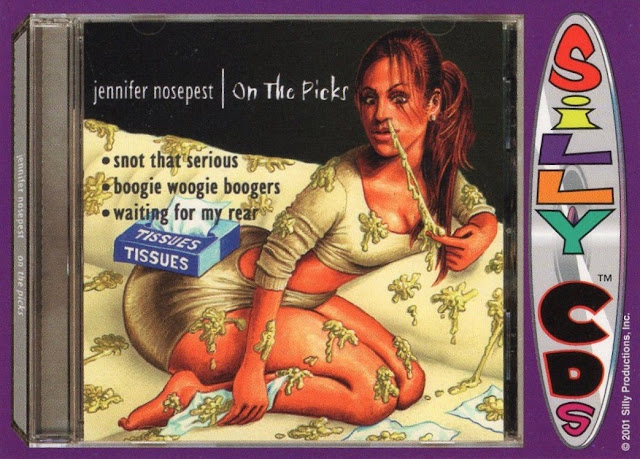 Here's the pitch: boogers and big bottoms -- go!
I don't know that J-Lo ever had an excessive mucus problem, but they certainly made the most of the ass thing. And why not? I mean, snot wasn't really enough -- but a cartoonishly large butt really ties it together.
I think what I'm trying to say is: in 2001, this card would've been my favorite. I'm thinking maybe it is as I write this. 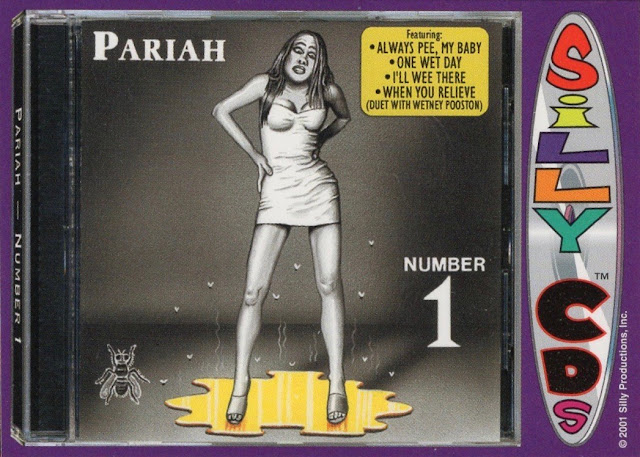 Am I right in believing that there's something sexual about all of these? I mean, I hope there is, and I may just be projecting my deviancies. Still though, the concept here is undeniably dirty - in whatever sense of the word you choose to apply. But I think the calming joy of this kinda stuff is pointing out how blurry the lines are between sexy and stupid - and aiming it at self-serious celebrities for being the easy targets that they are. 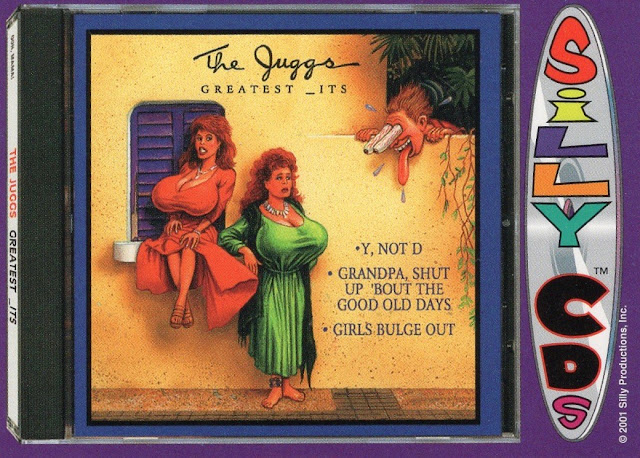 Okay, maybe this one would've been my favorite. After all, big cartoon boobs are an important part of life (just ask Robert Crumb). This pun was hardly anything new - it's just that someone finally put it to good use. And the unfurled tongue and eyes-popping-out-in-disbelief gags are timeless, and add a touch of class to this vulgar ordeal.