5 B-List MASCOTS That Stole My Heart 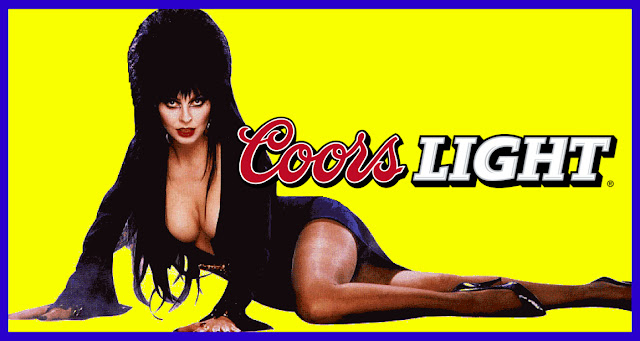 Let's talk about sex, ba-by! This kinda stuff is the only reason for doing this site!

Ronald McDonald. Tony the Tiger. Mr. Clean. Sovereigns of Shill. Professionals of Promotion. These colorful characters managed to transcend their respective barking duties and become symbols of consumerism, as well as icons of popular culture. (Except for the Geico characters - fuck all of them.) But let's face it - we all get 'main-character fatigue' -- or maybe it's just me. Or maybe I just made up that phrase as a lead-in to what I really wanna talk about: B-List Mascots.

"B-List" not because of the quality of the character(s) or their ability to sell whatever, but because their existence and/or popularity is very much caught in a very specific time - and so, if you remember them, they become logos not for stuff, but for life. And as a member of a corporate-owned capitalist country, these characters didn't need syndicated storylines or three-dimensional depth for me to kneel and worship. (Some barely had names.)

I'm gonna forgo the history-lesson structure (which hopefully excites you as much as it does me), and just share my own thoughts/memories regarding these marvelous marketing maneuvers. And if I do my job well, you'll get strong cravings for cheese, toothpaste, and beer. I'll be honest, this is a pretty soft open; this is one instance when the product was considerably more interesting than the character. That's because macaroni & cheese already had (and has) a well-established fanbase, and I certainty wan't so persnickety to not be a part of it. That aside, this orange dinosaur was pleasant enough with a nice, warm look -- until it eventually became a monstrous 3-D experiment. But the thing to note here is: in the 90s, cheese was big. Everything became "cheesier" and "cheese-stuffed" and "now with cheese" and cheese, cheese, cheese - and more than any other demographic, they wanted kids to know that "more cheese" meant "more important." I certainly fell for it, and I'm still under that spell. 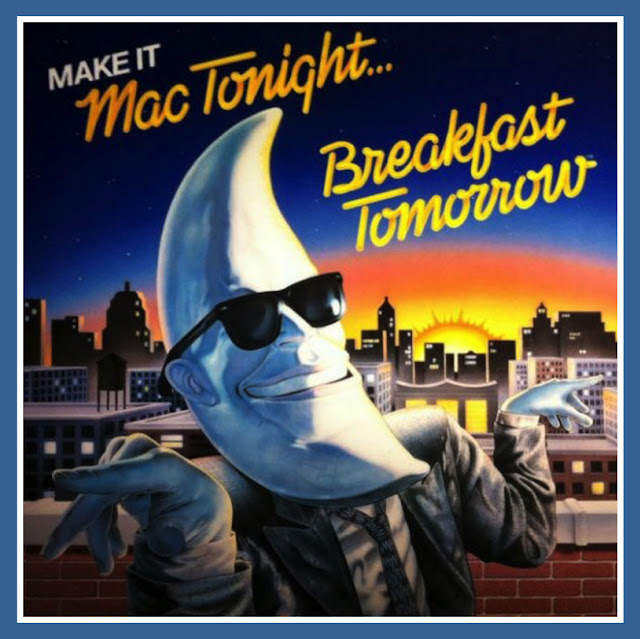 I feel like Mac is sorta the Waldo of Bennett Media; if you browse our archives, chances are he'll always pop up eventually. The reason for that is rooted in the strong, nearly-inexplicable draw I've had towards him since I was roughly 4 years old. McDonald's has had many faces, and most of them resided in the same McDonaldland that we're all so familiar with - but this bizarre creature of the night had his own agenda; a sort of "McD's After Dark" if you will (won't you?). I don't know if it was just an early fascination with the moon, or with sunglasses, or with exceptionally happy monsters, but when you put all those together, this guy was practically a Dick Tracy villain before I even knew Dick Tracy. Anyway, I have him tattooed on my right arm. 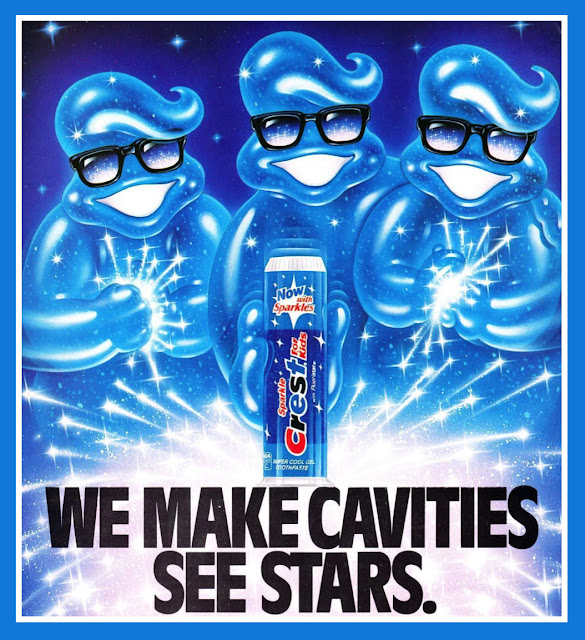 Big ups to Crest for fully understanding what they had; the biggest attraction about this stuff was its shimmery blue color & texture, so they literally used the gel itself to create a group of singing & dancing blobs. So it didn't matter that it was toothpaste, or even that it came out of the tube in the shape of a star(!) - this whole transaction was grounded in glitter and the hypnotic powers of blueness (because all the best drinks and snacks of that era were blue). Also, sunglasses. 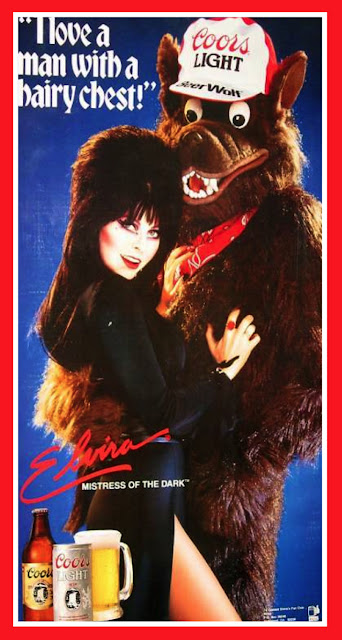 Because of my age, this is most likely how I became aware of Elvira. Frequenting an endless parade of convenience stores, it was only a matter of calendar months before Halloween rolled around... and then she would arrive: 6 feet of cardboard and carnality, all in the name of Coors. But it was never really about the beer - in fact, this was working in the complete opposite direction of Joe Camel or Spuds MacKenzie; the combination of boobs and brew wasn't luring me into adult beverages, but rather legitimizing the idea that even adults could celebrate Halloween. And so I knew that, as I got older, I would never have to give it up. 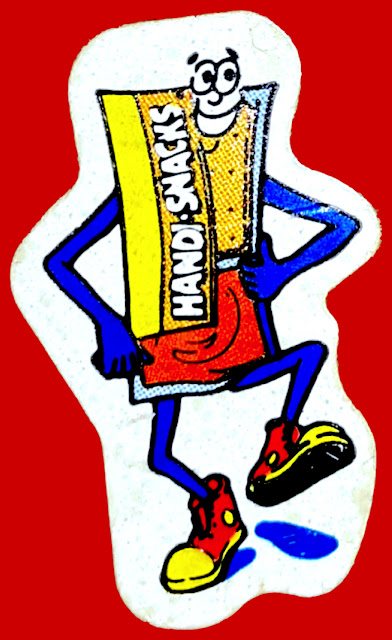 At some point in the late 80s (before Kraft acquired the product), a box of Handi-Snacks came with a sheet of Handi-Snacks-inspired stickers, and I still have them stuck to my toy box - one of which is this. To the best of my knowledge, this guy (I call him a guy because they didn't give him big lips and long eyelashes) didn't have a name. Honestly, I don't think he was even an actual mascot - but he sure-as-heck coulda been. I mean, he's basically a California Raisin with a cheese crotch, which is the simplest formula for branding: strip a product down to its bare ass, then take the Mr. Potato Head approach.
If anyone knows his name (or wants to give him one), please, lemme know: at which point, I will get him tattooed.*