By the time I was 18, I had seen my fair share of gonzo pornography. My Mother's first cousin often had me babysit her two boys, and they had the ever-so-coveted black box. This unique and highly-illegal technology allowed you to have access to every single channel that existed. And wouldn't you know it? There are about a gazillion hardcore nudie channels. I saw every kind of position and sexual pairing you could imagine. I was also well-versed in the gratuitous 'movie sex scene.' I had a dozen taped-off-cable TV tapes with goofy combination titles to throw off mom's detective work. She was a dumb shit, so naming a set of Hard Rs as "Woody Allen Retrospective" was the perfect rubber glove. 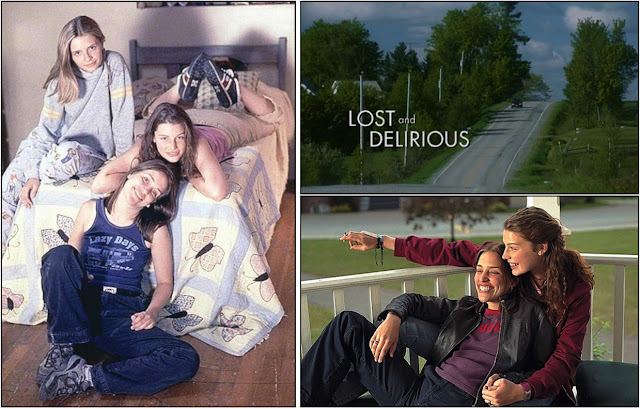 I caught Lost and Delirious late at night on HBO. After consulting my TV Guide for future airings, I recorded it to a tape that I labeled "Fun Teen Comedies." From the beginning you know you're in for a timely bore, with voiceover telling the audience what we already know: a young girl is thrown into an all-girl prep school so daddy can go home and bone new mommy. She's angsty, quiet, and fresh-faced. So of course she's thrown into the dorm room that has situations that "make her feel things down there for the first time." Her roommates are portraying 16 or 17, but are really 24, and at night get hot and heavy with each other, complete with original music fully inspired by that one song by Natalie Imbruglia. 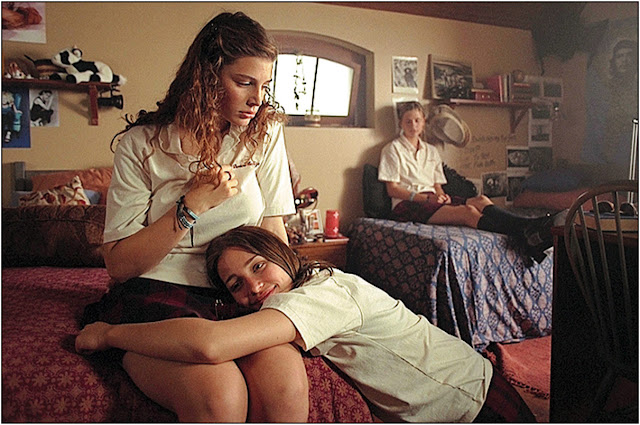 There's tons of forced unnecessary drama involving an injured and rehabilitated hawk that, for the life of me, I cannot find that of which it is symbolic. The mousy girl befriends the school groundskeeper that offers cliché advice and fills her 'dad joke' void. And like most wild romances, it ends in tragedy. But there are some very well-photographed sex scenes amidst all of this. And I really dug that. I will not apologize for this. 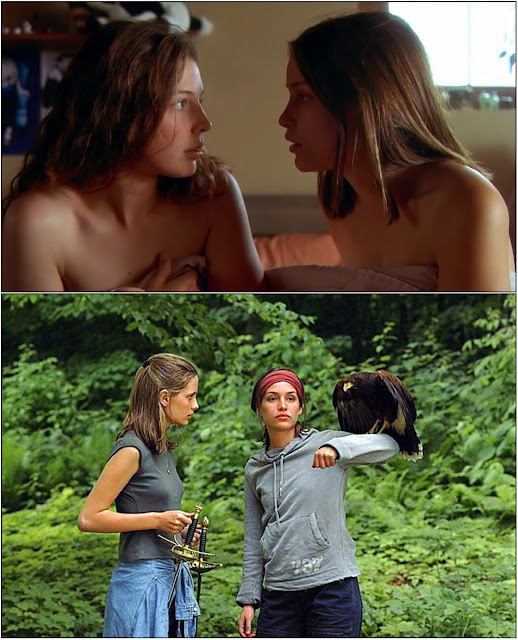 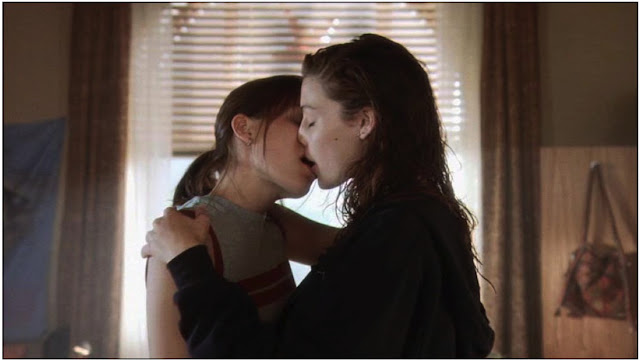 It occurred to me after several viewings how sad and how closely a huge plot point mirrored my own pathetic situation. The more well-endowed of the two lesbian teens breaks off the romance after public humiliation threatens to expose her to her parents. This was her greatest fear of all, and she repeatedly tells her ex-girlfriend that she "just doesn't understand." While clumsily executed and hilariously-poorly acted, this dilemma was right on target. I spent my entire life being a super human to gain favor of my parents; my mother in particular. To find out that I liked the girls would have been worse news to her than if I'd flunked out of school. They would have most definitely threw me out, which happened anyway in April of '02, for refusing to clean my bathroom a second time to her satisfaction. I will not apologize for this. I recently found a copy of this movie on DVD at a flea market in Hollis, NH, and all of those old feelings came back. I shyly shared this goofy sexy turd with my husband with full disclosure. During the viewing, I looked around my house at the professionally-framed half-naked girls, and the DVD rack next to me filled to the brim with boobie movies, and I realized that I am comfortable. I am in my first and forever home where I am truly accepted for who I am. And you know what? I will not apologize for this.