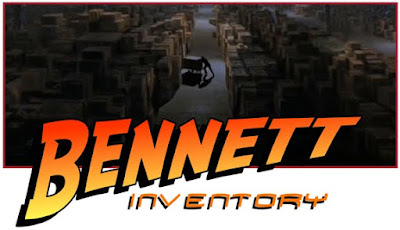 Santa Claus, The Movie -- It's Christmas all over the McWorld 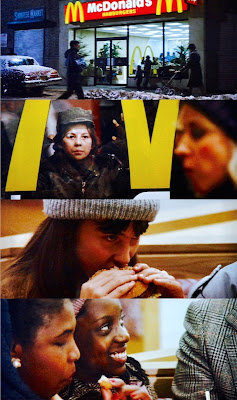 The Holidays are a time for magic; we have the freedom to be as joyful and merry as we please, and if we suspend our disbelief, we can lose ourselves in the power of the fantastical: an understanding and unity between all living things, a mythical figure who rewards children for being kind, reindeer flying around the world, and McDonald's as a setting where friends and families could gather to celebrate life.

The first act of Santa Claus, The Movie is a spiritual depiction of the inauguration of The Man Who Would Be Claus, immediately followed by conflict in a contemporary (1985) setting. Young Joe is a Dickensian street urchin, cold & hungry in New York City. After it's established that he would never resort to stealing to make his way, he peers through the fogged windows of a now-antiquated McDonald's, witnessing smiling faces and styrofoam containers and shoestring fries - all ensconced in a warm, Norman Rockwell fantasy, complimented by Sheena Easton's "It's Christmas (All Over the World)."
Apart from the heartbreaking subject matter (or maybe in addition to it even), this depiction of the once-leading fast food joint as a symbol of prosperity, community, and fine dining(?) isn't (or wasn't) completely off base. At the very least, at the time, it was certainly a Mecca of recreation and affordability - which, at its mind, body, and soul, is the American Dream. That's what Joe sees & it's what we see, and even if there's some combination of 80s McD's vibrations, the Holiday Spirit, and my own nostalgia linked to how stuff was when it was, it doesn't make it any less accurate or powerful.

I've only been made aware in the past few years that there was, indeed, a Happy Meal tie-in to the movie upon its release -- which very much makes sense given the glowing glamour shots the movie sells us. But to reiterate, it's not wrong at all. In fact, its authenticity (the lighting, the blocking, the performances from the extras) makes me question whether or not this 'product placement' was professionally placed.

Fuck Mac & Me.
And Merry Christmas!