SOUNDS OF THE SEASON - Autumn, pt.1 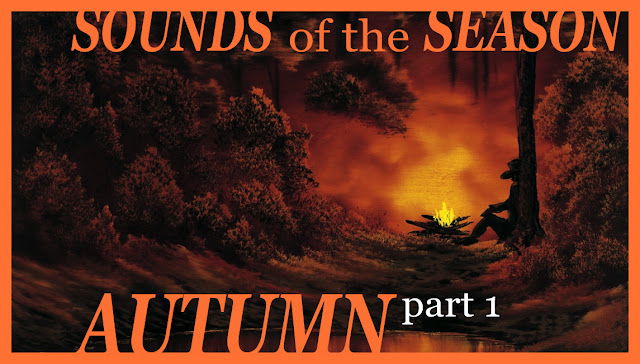 Fall is complicated and weird; there're still beams of Summer, a surprise assault of Winter, and, like, ten days of Autumn. (At least, that's how it is on my part of the planet.) I'm speaking meteorologically here, but in terms of societal construct, half of Fall is Halloween, and the other half is Christmas; the parameters of the autumnal equinox this year are September 23 and December 21. That's one helluva roller coaster of blood & Santa - in other words, it's a pretty great goddamn season if you have the right guide.

And so, beautiful people, I've divided these playlists into separate and succinct Sounds of the Season, because that's what I do - and to claim otherwise would be a lie.
And friends don't lie.

So while we're being honest, I've cut loose & didn't hold back on the soundtracks here, because, quite frankly, it's the bulk of what I listen to during this season in an attempt to add more spice to my pumpkin. Every time of year is worth celebrating, but the next few months already have a built-in fanfare, and I have more than a few favorites to feed my head for whichever festivities I'm standing closest to.
So here, for the first time, for the first half of Fall, is Part One of Autumn Sounds of the Season. 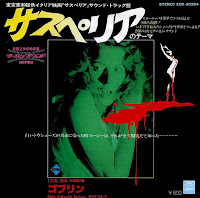 Suspiria (Soundtrack) Goblin (1977)
The days get shorter, and shorter days mean more darkness, more gusts of wind, more swirling leaves and cold rain. The world tastes & smells like Suspiria, and with the help of some Goblin funk, it's gonna sound like it too. This is seasonal playlist participation at its purest. Though, had the movie not existed & this were just an album of ambient, spooky jingles, the effect would be the same: The title track can sedate you into a red & orange foliage trance, and "Witch" will have you convinced that powerful people are currently conspiring to molest your soul. 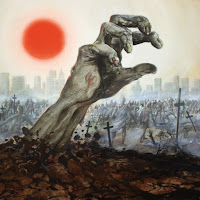 Zombie (Soundtrack) Fabio Frizzi (1979)
The other heartbeat of the Halloween season. Frantic, tropical frenzy like "Escape From the Flesheaters" is (hopefully) the closest you'll get to the experience of fighting off, being chased by, or being eaten by zombies. But's that's just the bone beneath the real flesh of this soundtrack: the main title, or "Sequence 1," is the synthesized death march of doom that is the singular Halloween anthem for myself, and I assume the last thing I'll hear before my throat's ripped open by corpse teeth. 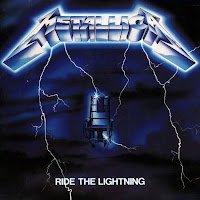 Ride the Lightning Metallica (1984)
In the Summer/Autumn bridge, there's still warmth and sun and green - but it's all just Sunday blues at that point, and the only cure for that is to go out in a blaze of Speed Metal decadence that compliments both the fast times of hot & humid and the subzero war zone of the abyss. "Fade to Black" and "For Whom the Bell Tolls" are obvious choices (but for good reason), but "The Call of Ktulu" is the one you can take with you all the way through the void. 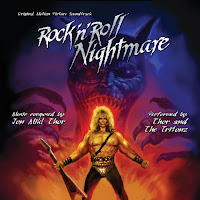 Rock 'n' Roll Nightmare (Soundtrack) Thor and The Tritonz (2006)
The long-delayed soundtrack to the 1987 film is a true treasure of Pop Metal made for us Horror Hounds - from a movie of identical description. The film is a musical, so no song carries more weight than another: "Live It Up," "Somewhere When Rises the Moon," "Energy" -- it's all chilly, Canadian bliss. Although no track (here or anywhere) says 'not today, Satan' like "We Accept the Challenge." Do yourself a favor and become aware of this. 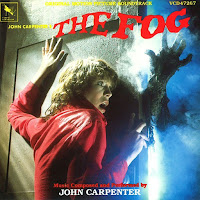 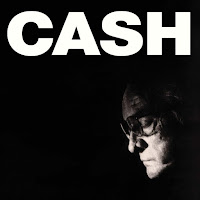 American IV: The Man Comes Around Johnny Cash (2002)
It's a bit of an obvious choice, and yes, the title track is what put it in its place - but I'm not here to be sensationalistic. Besides, the whole album is equally somber and ominous enough to get me in the mood: "Personal Jesus," "We'll Meet Again," and, of course, "Hurt" carry just as much emotional weight and dread as anything you'd hear from The Man In Black's final days. 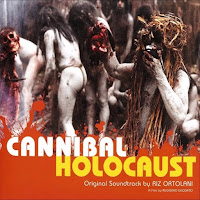 Cannibal Holocaust (Soundtrack) Riz Ortolani (1980)
The movie was one of my favorites for a stretch, but I soon admitted to myself that it was the music score I was swooning on.
It's largely jungle rhythms ("Relaxing In the Savana," "Cameraman's Recreation"), but the "Main Theme" is a gut-wrenching ballad of strings and sorrow that always puts me on the verge of tears. 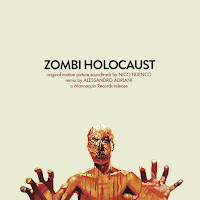 Zombie Holocaust (Soundtrack) Nico Fidenco (1980)
Much like its otherwise unrelated Cannibal counterpart, the real star of Zombie Holocaust is its score. And again, like Cannibal Holocaust, it's a balance between tropical beats and haunting melodies. "Zombie Parade" is a sophisticated pronunciation of urgent terror, but "Make Love On the Wing" is the melancholic hero of the movie, the soundtrack, and my Octobers. 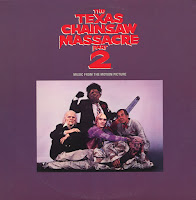 The Texas Chainsaw Massacre 2 (Soundtrack) Various Artists (1986)
It's totally a Summer movie, but the soundtrack (one of the best ever compiled) is a Punk/New Wave/Rockabilly rollercoaster in a demented carnival of blood & guts. I'd list them all, but "Goo Goo Muck" by The Cramps, "White Night" by Torch Song, "Over Your Shoulder" by Concrete Blonde, and not one but two songs by Timbuk3 all add up to a wall of sound that could've only come from one bitchin' movie.
Music is my life! 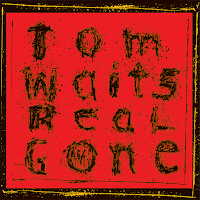 Real Gone Tom Waits (2004)
Not all of my Shocktober sounds are precooked and microwaved - I do have some imagination.
Tom's always spooky, and "Dead and Lovely" and "Circus" are easy targets -- but way more than those, "Hoist That Rag" feels like early evening trick-or-treatings on an unusually mild Halloween. Also, "Don't Go Into That Barn" could be the soundtrack of an army of rotting or demonic somethings trying to get into your boarded-up dwelling.