SOUNDS OF THE SEASON - Summer 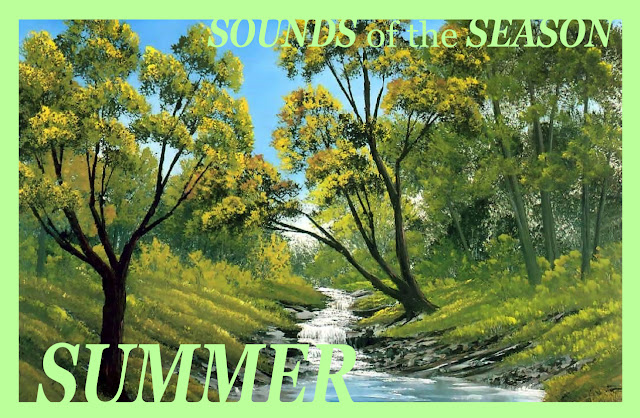 Welp! This is the one you've all been waiting for-- er, I've been waiting for. You'll take what I give you and like it.
Not that I've had to inflate the lists for previous seasons, but this one took some sweaty concentration, and many sacrifices were made. May they rock in peace.
Winters generally last about 18 months around these parts, so when it's time to switch over to sultry synths and headbangin' bliss, there's not a minute to waste. Everything's got bigger tits when the sun starts to burn, but to sample this lineup outta season would be a gross miscarriage of the art of music appreciation.
I could do a list of Summer Songs that would go on for days, but the following accomplishments are packaged heatwaves from end to end: sometimes by design, sometimes because I say so.
Be hot, listen, send nudes. 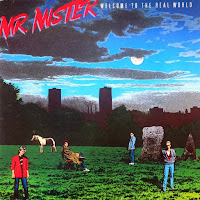 Welcome to the Real World Mr. Mister (1985)
"Broken Wings" is my favorite song - if for no other reason (there really is no other reason) than it sounds like Summertime. And while no other tracks on the album reach this level of synth/bass euphoria, the Misters hold fast on rockin' guitars and sunny delights. "Kyrie" and "Is It Love" are the headbangin' hits, but "Run to Her" is the other moody masterpiece that keeps this bubblegum soft & chewy without losing its flavor. 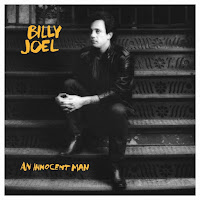 An Innocent Man Billy Joel (1983)
My aunt used to do housework in the summer with this album when it was new-ish. So there's that.
This 1980s New York pop symphony about 1950s Motown is a love letter to dancing, dating, gambling, and romancing: stuff like "Keeping the Faith" and "The Longest Time" call attention to it as nostalgia, while "Uptown Girl" and "Tell Her About It" place you square in the Burroughs - playin' stickball, eatin' dogs, whistlin' at broads. 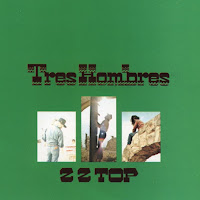 Tres Hombres ZZ Top (1973)
No ZZ Top record doesn't blast you in the face with a solar flare, but Tres Hombres may be the most relaxed, dry, Southwestern heat in their catalogue. Sloppy chili & warm brew saturate songs like "Beer Drinkers & Hell Raisers" and "Waitin' For the Bus." And if you catch yourself listening to "La Grange," you'd better be in a bar, on a bike, or getting laid (or all three) -- don't lemme catch you in your Kia Sorento on your way to Whole Foods, pendejo. 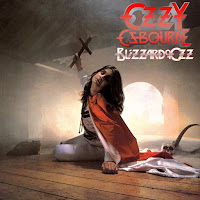 Blizzard of Ozz Ozzy Osbourne (1980)
Summers at the beach, the amusement park, the arcade -- my entire life, the soundtrack to outdoor entertainment has been Ozzy - especially "Crazy Train" and "Mr. Crowley." It was so ingrained that I eventually bought the album at the beach, so that deep cuts like "Goodbye to Romance" and "No Bone Movies" became the sound of off-hours leisure.
All aboard! 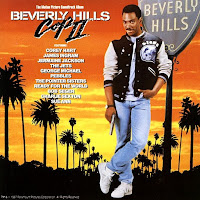 Beverly Hills Cop II (Soundtrack) Various Artists (1987)
One of the greatest soundtracks ever compiled, fer sure, but it may be the only album of various artists that maintains a ridiculously consistent vibe throughout - take your pick: "Love/Hate" by Pebbles, "Better Way" by James Ingram, "Be There" by Pointer Sisters, "Shakedown" by Bob Seger -- all excellent mood-setters for high-speed cement truck chases, volleyball at the Playboy Mansion, solving the Alphabet Crimes, or just watching titty movies on a poolside TV. 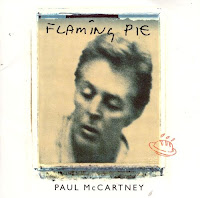 Flaming Pie Paul McCartney (1997)
Released in June on the 30th anniversary of Sgt. Pepper's release -- and so, in my very condensed world, '97 was my summer of love, and this was the perfect soundtrack to it.
The guy's written some of the best love songs around, but this is a stripped, raw celebration of the union of two soulmates, and it smells like a sunset.
Dark jams like "Souvenir" and "The World Tonight" are strong enough for any season, but sermons like "Somedays" and "Heaven on a Sunday" are like a tribute to life - and that's what the whole season is all about. 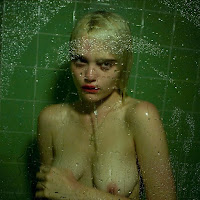 Night Time, My Time Sky Ferreira (2013)
Like any time of year, Summer can be brutal. Unkind. Some would even say "cruel." Well, there's medicine for that, too! "I Blame Myself" and "Nobody Asked Me (If I Was Okay)" won't exactly cure the summertime blues, but, as they also say, it's easier to have these songs around.
But it's not all a gloomy Sky - "24 Hours" is like a diary entry detailing all the events leading up to a Manic Monday (and told in the same style). 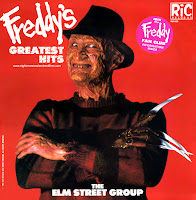 Freddy's Greatest Hits The Elm Street Group (1987)
You can't stay home the whole time watching Freddy. But when life summons you out of the boiler room and into the fire, you can take Freddy with you!
Behold, one of the shiniest & most enjoyable product tie-ins of the 1980s... Let that sentence sink in.
Sure, Fred Krueger woulda been better suited to a metal album than a handful of underproduced golden oldie covers, but the original stuff - "Don't Sleep," "Dance, or Else," and especially the moody instrumental "Elm Street Dreams" absolutely fucking nail the aura of what Elm Street means to me. 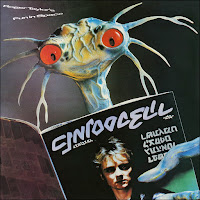 Fun In Space Roger Taylor (1981)
On my list of Top 10 Queen songs, Roger Taylor is responsible for writing roughly 8-10 of them. So this, his first solo album, felt like an open invitation to me to get crazy. (Spin "Let's Get Crazy".)
The track list is populated with his usual flair for storytelling - usually with 80s post-Star Wars fascination with Science Fiction ("Future Management," "Magic is Loose"), all with old (and modern times) rock 'n roll.
This shoulda been the soundtrack to Flash Gordon. 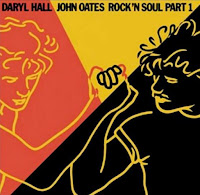 Rock 'n Soul Part 1 Daryl Hall & John Oates (1983)
Yeah, yeah, it's a 'greatest hits,' I know. But it's way too pristine to be ignored. Besides, it's the first time "Say It Isn't So" appeared on a full-length album, so it's not a total cheat.
It's almost got everything: "Kiss On My List" and "Private Eyes" for the boardwalk days, and "I Can't Go For That" and "Maneater" for those 90mph nights.
All the blue-eyed soul you'd ever need to dance, sweat, and make-a your dreams come true.

Those two Randy Rhodes/Ozzy albums are impeccable. Though Diary of A Madman's gothic vibe is better suited for autumn.